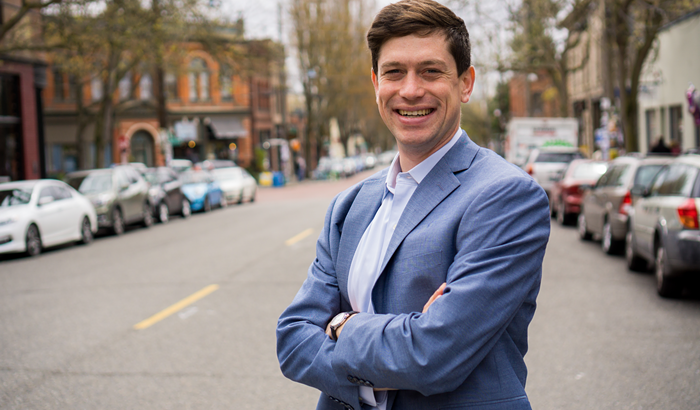 In our latest Q&A with District 6 Councilmember Dan Strauss, we discussed crime and littering in Ballard and the recent legislation passed for hazard pay for grocery store workers.

If you want to submit questions for further discussions, email us at tips@myballard.com.

“You’ve spoken about “suffering on our streets.” What can you say to businesses suffering from increased crime, vandalism and neighborhood degradation in Ballard?”

There are ways for people to be in touch with my office and then there’s also a link that my office has where people can send their Find It Fix It app reference numbers to us so that we can make sure that they’re followed up.

The city’s Clean Cities program is also expanding work on trash collection, graffiti abatement, and encampment garbage cleanup. There are also ways to report abandoned cars. So, there are ways that we can all do our part to ensure that things are reported so that the city can take action.

For instance, there was some dumping on Shilshole Avenue that I followed up with Seattle Public Utilities. They had not gotten a report for it, and so they didn’t know it was there. I called them up kind of angry, saying, “This has been here for a week! What’s going on here?” And they said it hadn’t been reported so they couldn’t take action if it’s not reported.

I keep a litter picker and milk jug for needles and trash bags in my car and regularly pick up litter to do my part.

“The council has recently passed several ordinances with little input from stakeholders and not much thought to consequences.  How would Dan improve the process to get sufficient input and debate before making decisions?”

This is a criticism that I’ve heard before. It’s not a new criticism. We heard this with a rideshare ordinance to ensure that rideshare drivers are being paid minimum wage. The fact of the matter there is that Lyft and Uber had been at the table for the majority, if not the entire, conversation. It was just that they disagreed with the policy.

We heard this with the Jump Start Tax. We use the policy framework that some of the largest businesses had created in Olympia for the city’s legislation. And again it was a disagreement; they did not want the policy. Sometimes people don’t want to provide their input because they just simply disagree.

Most recently, hazard pay moved very fast. So, you know, I do want to acknowledge that this question comes from a real place. Hazard pay comes in response to the fact that we are in a pandemic. Grocery workers didn’t sign up to be on the frontlines of the pandemic. They just signed up to work in grocery stores. The fact of the matter is that because people are staying home more are using grocery stores more. And so they’re exposed and the demand on their job has changed incredibly. They are also low-wage workers.

Is a nurse more exposed than a grocery store worker? Absolutely. Let’s not conflate, but they are paid at a different rate.

Another factor is that grocery stores have done very well with their profits this year. One of the other council members brought up that Kroger, who’s an out of state employer, has $2 billion dollars in cash according to their balance sheets.

Because we moved so quickly with this legislation is in part why there is a check-in date four months after the passage of the legislation to see if it is still necessary and appropriate. Our low-wage workers are being exposed at a higher level than they could ever have imagined signing up for, and because the companies have the ability [to pay a higher wage], we moved quickly, with a built-in time to check in to see if it’s still necessary.

We also just passed the Bringing Business Home Bill, and one of the ways that I found I was able to get feedback from stakeholders was due to my regularly scheduled meetings with community members. I was able to have conversations with the Phinney Neighborhood Association, and I had meetings with the Ballard Alliance, and the Fremont Chamber of Commerce.

In addition to that I have my office hours every week, so I’m able to hear directly from residents. So if somebody doesn’t want to be part of a larger umbrella organization, they still have direct access to me.

It has been really important for me to create these regularly occurring consistent opportunities for both organizations and individuals to have direct access to me and that’s provided a really great way for people to give me meaningful input.