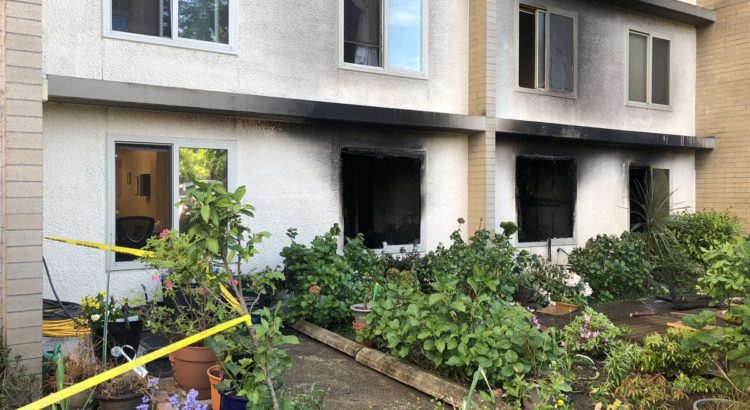 A fire in a Ballard apartment building sent one elderly man to the hospital Sunday afternoon.

According to Seattle Fire, the fire broke out Sunday around 4:30 pm in the 2400 block of NW 57th St. The fire originated from a first-floor unit in the seven-story apartment building.

SFD says an elderly man was taken to the hospital in stable condition, however the fire department says there were two injured in the blaze. Both individuals were able to exit the home on their own.

Firefighters quickly arrived on the scene and were able to knock down the flames.

This morning, the fire department says that the cause has been ruled “undetermined.” The estimated property loss is $153,000.

While the fire was contained to one unit, two adjacent apartment residents were displaced by the fire. The fire department contacted Red Cross to help temporarily house the displaced individuals.

According to KIRO, the apartment building primarily houses senior citizens.