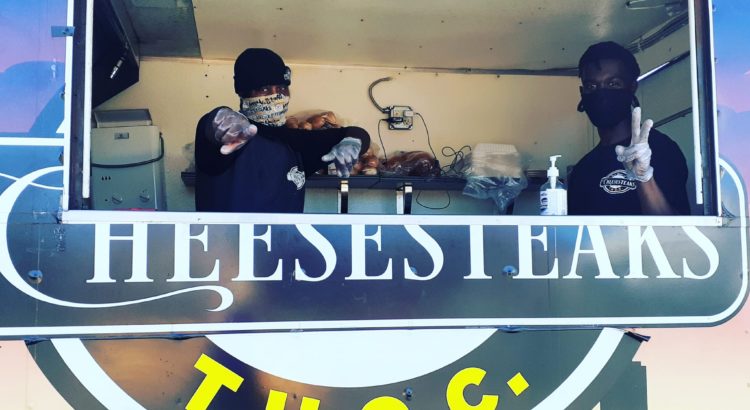 The popular food truck Tres’ House of Cheesesteaks has moved into a brick-and-mortar: They’ve opened up shop at Goofy’s Sports Bar at 8519 15th Ave NW.

Owner Tremaine Battle announced the news earlier this month, rolling out a new menu and late-night hours for Goofy’s patrons.

Battle has been a chef for over 20 years, with a history of co-owning several restaurants. He launched Tres’ House of Cheesesteaks (THOC) in 2019 to bring authentic Philly cheesesteaks to the West Coast “to share in his delight.”

The THOC food truck was often parked in Ballard outside Saleh’s on NW 80th St and 24th Ave NW, but made its way around various Seattle locations, including Lantern Brewing in Greenwood. The truck has been retired for the most part now; Battle says they’re only using it for special events.

“We moved so we could offer longer hours, extended menu and we are gearing up especially for football season and Goofy’s accommodates all of that and we are excited to be here,” Battle tells My Ballard.

Earlier this year, Tres House of Cheesesteaks was part of a Youth Web Design pilot program—a joint effort between the Seattle Office of Economic Development and the Urban League of Metropolitan Seattle —in which 16 high school students around the city learned to make new websites for some of Seattle’s Black-owned businesses.

The goal of the program was two-fold: Job skills for high school students, and shiny new websites for local restaurants. A student from Garfield High School, Keymani Washington, took on the THOC website. She told KUOW that she wanted to learn more about web design and gain skills to build websites in case she or someone in her family creates a small business.

Goofy’s location is set to be replaced by a large apartment complex in the coming years. While the timeline is still up in the air, the development would take over several properties on the northwest corner of NW 85th St and 15th Ave NW. The current plans call for a 7-story, 194-unit apartment building with retail, office, and a restaurant. Parking for 81 vehicles is in the project proposal.

THOC will be serving food from 11am to 9:30 pm daily at Goofy’s. They’re also offering delivery through DoorDash, Caviar, and Grubhub.