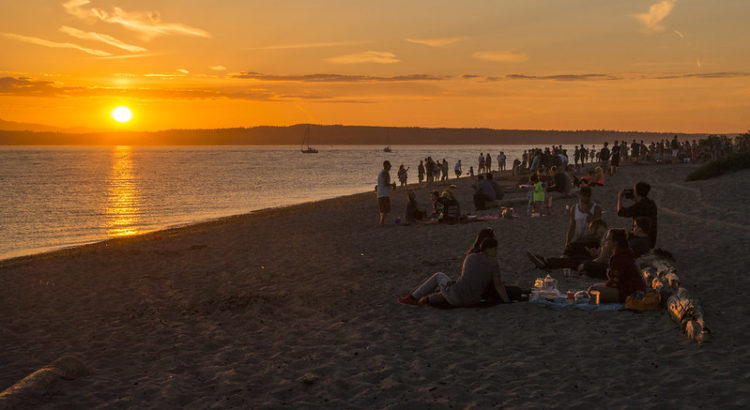 The gates at Golden Gardens Park will be shutting an hour and a half earlier for the next nine months as part of a pilot to mitigate public safety issues.

Seattle Parks and Recreation is changing the hours from 4 a.m. to 11:30 p.m. to 6 a.m. to 10 p.m. The changes went into effect on Wednesday, June 23. According to Seattle Parks, the modified-hours pilot will last 270 days, at which point the department will re-evaluate the park’s operating hours.

The parks department has implemented a number of new strategies to discourage illegal behaviors at the park, including the following (from Seattle Parks):

The department says that despite these combined efforts, they’ve heard increasing concerns from community members about illegal activities at the park.

Fires are still permitted at Golden Gardens beach within the designated fire rings. Seattle Parks asks that people only burn clean wood and douse fires completely before leaving. Fire pits are unlocked at 4 p.m. daily, and all fires must be extinguished by 9:30 p.m. with visitors leaving by 10 p.m. Seattle Parks staff will be at the beach to manage and assist putting out fires at 9:30 p.m. Beach fire rules are available here.