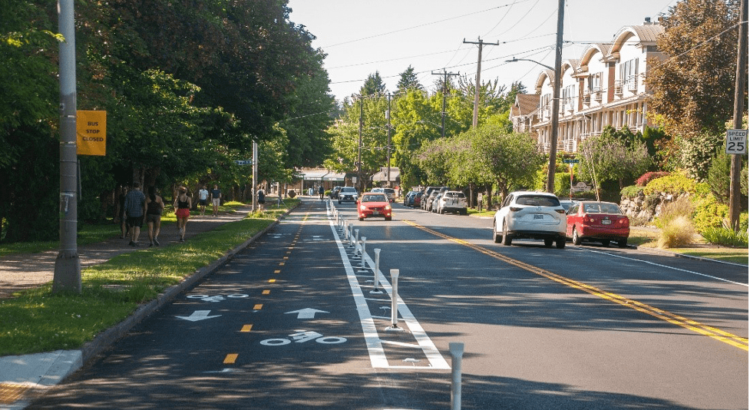 The multi-year project to improve pedestrian and bike features in Green Lake and Wallingford is now complete, with protected bike lanes and redesigned intersections surrounding the busy lake.

The Seattle Department of Transportation announced the completion of the Green Lake and Wallingford Paving & Multi-Modal Improvements project last week, which includes new bike posts with reflectors and new traffic lights in the neighborhood.

Here’s a full rundown of the work completed in Green Lake:

“The overwhelming response to me from the community, on the Green Lake paving project, has been very positive. It addressed several ongoing historical issues and concerns, the traffic on the west end of the lake and traffic by the golf course, while simultaneously improving bicycle safety,” Chris Easterday, Recreation Center Coordinator of Green Lake Community Center said in a statement. “I believe this project will make the community more safe and welcoming, especially for bike enthusiasts and commuters.”

The paving and redesign work was funded by the Levy to Move Seattle. SDOT is planning a community event to celebrate the completion of the project, which they say will happen on July 31. More details to come.