Ballard SeafoodFest canceled for 2021 – My Ballard Skip to main content 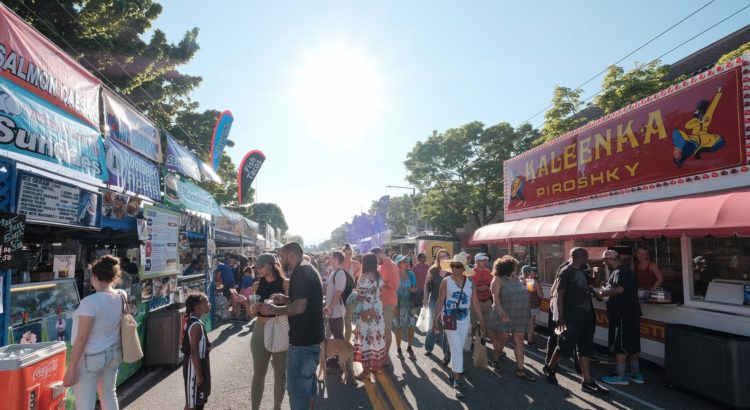 The Ballard SeafoodFest’s mini-festival “Off the Hook” has been canceled due to a number of factors, including new concerns around the Delta variant.

The Ballard Alliance, which organizes the SeafoodFest each year, had been planning on hosting a smaller festival for this September. However, the latest concerns over the Delta variant of COVID-19 led the organizers to cancel the event.

“There were a number of factors involved in our decision, including a limited amount of time available for production as well as uncertainty surrounding potential impacts from the Delta variant,” Anndrea Dohring from the Ballard Alliance tells My Ballard.

SeafoodFest is one of the major fundraisers for the Ballard Alliance each year, helping the organization fund initiatives such as the clean sidewalks program, homelessness outreach, small business support, marketing and promotions, and the holiday lights program. Dohring says that if they’d had to cancel the festival just prior to the event date, it would have had a negative impact on the Alliance’s ability to implement core programs for Ballard.

This is the second year that the Alliance has had to cancel the Ballard SeafoodFest.

“Cancelling Ballard SeafoodFest last year really stung but we were humbled by our loyal sponsors who still chose to support the neighborhood,” Dohring says. The Ballard Alliance and other community supporters of the festival are beginning to plan next year’s festival, set to happen mid-summer.

“We are looking forward to sharing an amazing, free festival and showcase our incredible neighborhood next July. One thing that is remarkable is the outpouring of understanding and positive support over our decision to cancel this year. It is truly a community festival with hundreds of volunteers,” Dohring says.

Washington has entered what many are calling the fifth wave of COVID, with a steady rise in cases even in King County, where about 80 percent of those eligible have received their first dose of the vaccine.

Dr. Jeffrey Duchin, Health Officer at Public Health — Seattle & King County said that in the last week alone, King County has had an average of 233 new cases daily, which is a 63 percent increase since the previous week.

Last week, Gov. Jay Inslee made an announcement to recommend all individuals—even those who are vaccinated—wear masks in public indoor spaces. While not a requirement, many local businesses have opted to require masks for patrons once again.

Several Ballard businesses are also requiring proof of vaccination upon entry, including Ballard Station Public House, Addo, Hotel Albatross, and King’s Hardware. So far, at least 60 businesses across the city are requiring vaccination proof for entry.