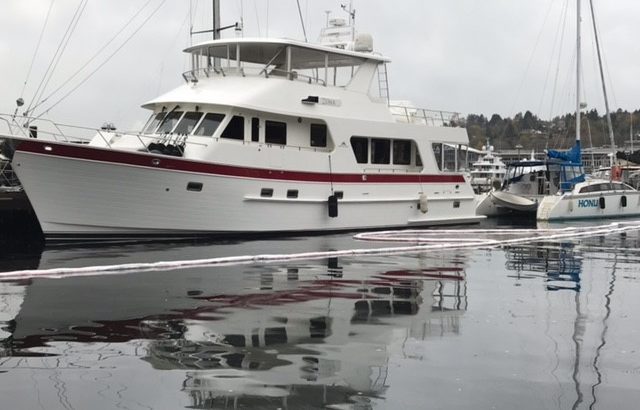 A diesel spill on Saturday across from the Ballard Locks released nearly 100 gallons of diesel into Salmon Bay.

The spill happened during a fuel transfer that overfilled a tank and spilled from a vent on a 65-foot recreational boat. The Washington Department of Ecology responded to the spill with an absorbent boom, helping to capture much of the sheen.

The DOE says one bird was found covered in oil near the scene, which was taken to a wildlife rescue center. The department said they didn’t find any other affected wildlife as of 7:30 p.m. Saturday.