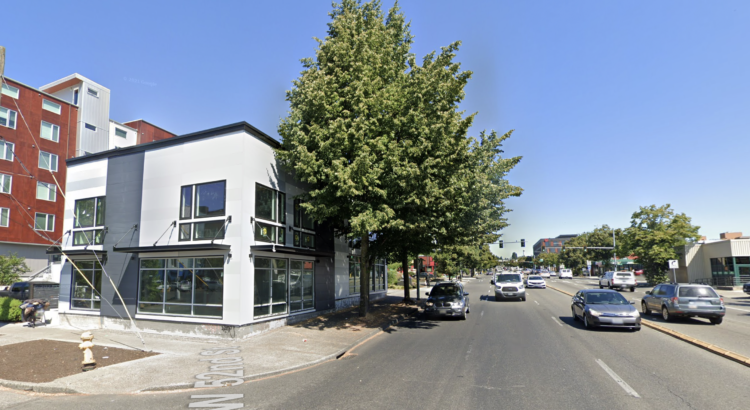 Local cidery Channel Marker Cider has begun its move into a new building in Ballard at 5201 15th Ave NW.

The owners of Channel Marker, Zack Lough, and Nicole Lounsberry, Chris Irish, named it for their mutual love of sailing. Channel markers are nautical navigation aids for mariners; “The name is meaningful to us since we met sailing the Pacific Ocean and find inspiration on and near the water,” they write on their website.

They’ve been brewing cider since 2016, operating out of Lounsberry’s Greenwood garage. For years they’ve been selling to local bars and retailers—their new home in Ballard will be their first brick-and-mortar. The new space on the corner of 15th Ave NW and NW 52nd St will serve as both a production facility and taproom.

The trio has earned some recognition for their ciders; they’ve won awards from Cidercraft Magazine, including the 2020 Judge’s Pick for their Lavender Bergamot cider, Seattle Refined reported. Other award-winning ciders include their Honey Badger Cyser and Rosemary Cran Ginger.

Channel Marker’s ciders are inspired by the Pacific Northwest climate; the owners say they source, forage, and grow many of their ingredients from around Puget Sound and their own backyards.

They haven’t yet set an opening date, but say they expect to open to the public this spring.

Thanks for the tip, Cameron!