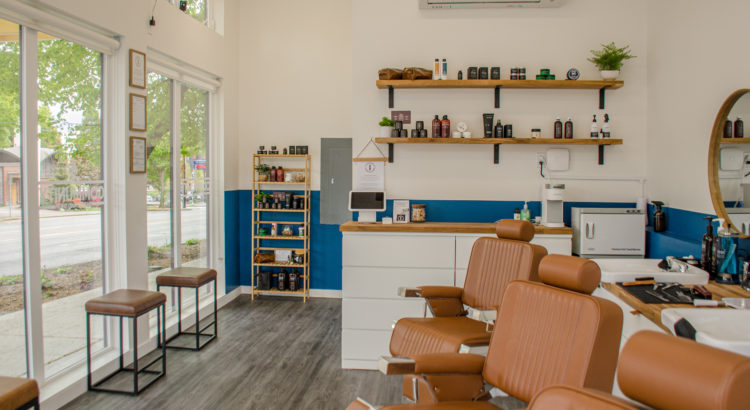 A new barbershop has opened on the corner of 15th Ave NW and NW 59th St.

Owner Michael Eskander opened Community Barber and Shop on May 10, realizing his long-held dream of opening his own business.

Eskander was born and raised in Cairo, Egypt. He says that cutting hair was his hobby through his adolescence and into young adulthood, but rather than pursuing it as a career at the time, he earned an accounting degree and worked in Cairo.

He eventually left accounting to work in hospitality in Kuwait, but tells My Ballard that he wanted to pursue a career in an English-speaking country, so he moved to Ireland where he completed a master’s degree in business management.

A post shared by Community Barber and Shop (@communitybarberandshop)

After graduation, Eskander moved to the U.S. with less than $500 dollars to his name. He worked at Starbucks and saved as much as possible, still cutting hair for friends and family. After encouragement from a friend, Eskander enrolled in a barbering program at a Paul Mitchell School in California and after completing the program, began to work at a San Francisco barbershop called People’s Barbershop.

Eskander then moved to Seattle and began working in Weldon’s Barbershop before choosing to open his own shop in Ballard.

Community Barber and Shop is located in the recently built small efficiency dwelling unit apartment complex on 15th Ave NW. Interestingly, the new barbershop is on the same corner where Smitty’s Barbershop used to operate before the new development was built. (Smitty’s is now located at 1417 NW 54th St.)

Eskander says he’s living his “American Dream,” and is eager to give back to his community. Every month, the shop will donate to a local cause; May’s recipient will be the Ballard Food Bank.

Eskander says he believes in “going back to the basics: a classic service with hair wash, hot towels, and hair product for a finished look, all included in each appointment.”