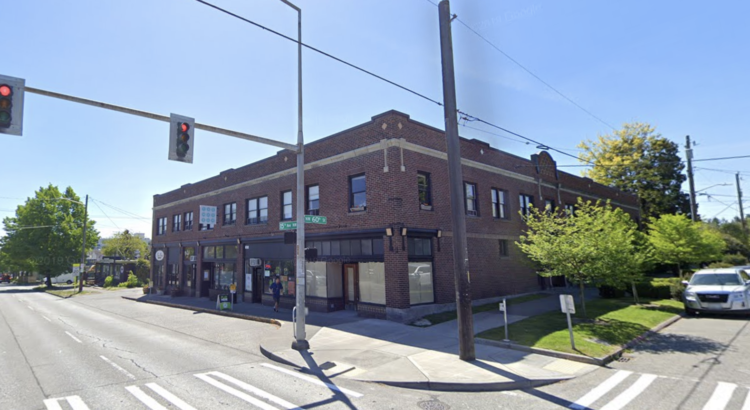 A new art gallery named The Vestibule is opening its doors today at 5919 15th Ave NW.

The owners, local artists Kascha and John Snavely, met on a field trip to the Museum of Modern Art back in college. “We spent many late nights eating gummy bears in the studio,” Kascha says, adding that they then moved to New York after college “to become famous artists.”

After graduate school, they moved to Seattle where John worked in tech and Kascha taught philosophy at Seattle University.

“But we missed art,” Kascha says, so after the birth of their second child, they started The Vestibule 1.0.

The Snavelys started the first iteration of The Vestibule in an unusual location: They created an Airbnb that doubled as an art gallery, with a regular rotation of Pacific Northwest artists.

The new gallery (The Vestibule 2.0, as Kascha calls it) is in a more traditional space; Kascha says it will serve as both an art gallery and retail space. But the approach to retail is somewhat unique.

“As a nontraditional gallery space, we enjoy exhibiting work that makes an exchange outside the capitalist economy,” Kascha told My Ballard. “This does not mean we do not accept art that artists would like to sell, but we would prefer to find another kind of exchange.” She says they, however, will be selling tote bags.

The first show at the new gallery will be from artist Allyce Wood, showing digital tapestry and opening July 14.

Wood is a Seattle-based artist who exhibits tapestries and who often holds open-studio weaving hours.

“Through digital and handmade processes, Wood makes installations and textiles with a focus on digital Jacquard tapestries and kumihimo. With the loom, she mediates traditional and computerized technologies,” a statement from The Vestibule reads.