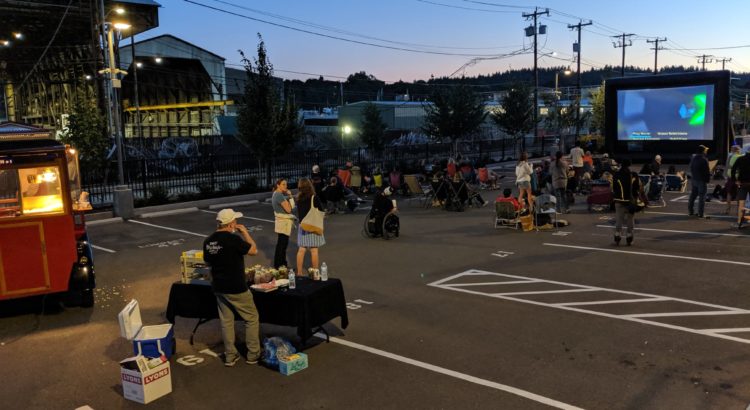 The National Nordic Museum (2655 NW Market St) is gearing up for an outdoor film series to celebrate Nordic actors and directors in American cinema.

“Nordics in Hollywood” will feature one film per month through September, starting with Casino Royale on July 28. The museum will screen the films for free in their parking lot (BYO chair or blanket) with a food truck on hand for each film (registration is required to attend).

Casino Royale (2006) “catapulted accomplished Danish actor Mads Mikkelsen to worldwide recognition,” the Nordic Museum wrote on their website. “As Le Chiffre, Mikkelsen brought a gravitas to the villain who challenges Bond across the poker table and in one of the more chilling torture scenes of the franchise’s recent run.”

On August 25, the museum will screen the film depicting Roald Dahl’s famous novel The Witches (1990), which featured Swedish actress Mai Zetterling as Grandma Helga. “Starting in films in 1941, Zetterling spent the next 50 years both acting and directing in international cinema. In her next to last film, Zetterling, as Grandma Helga, reveals how to spot a witch and aids her grandson when they uncover the witches’ plot to turn all the children of England into mice.”

Then, on September 22, the final film in the outdoor film series Casablanca (1942) will screen at the museum. The classic film features Swedish actress Ingrid Bergman, which launched her career.

While the films are free, online registration is required for each film.