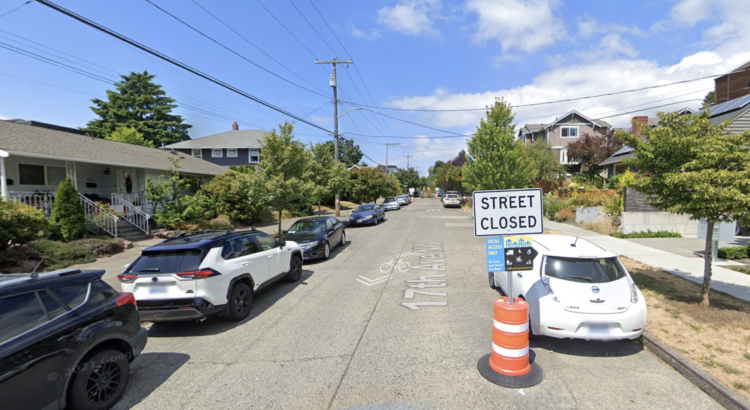 SDOT has announced which “Stay Healthy Street” closures will become permanent, which includes the one in Ballard on 17th Ave NW between NW 58th St to NW 90th St.

SDOT created the Stay Healthy Street program near the start of the pandemic in 2020 as a way for people to recreate outdoors close to home. The streets were closed to thru traffic but were open for walking, biking, playing, and local access.

The department made several updates to what is now called simply “Healthy Streets.” Ballard’s Healthy Street is one of only four permanent street closures—the others are in Alki Point, Bell Street, and a portion of Beacon Hill Healthy Street (see map below).

SDOT says the Ballard Healthy Street is an important connection for students walking to and from Whitman Middle School.

Many of the other Healthy Streets are still under review, while others will be turned back into neighborhood greenways, which they were prior to the pandemic.

The transportation department says they made their decisions in part based on feedback gleaned from a resident survey from 2021.