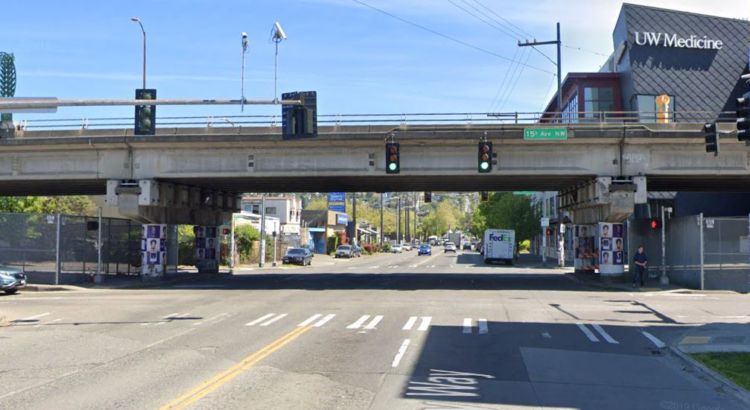 The project to repave the Ballard Bridge and 15th Ave W/NW is rolling ahead with plans to start construction next summer.

SDOT says they’ve reached the 60% design milestone on the paving project. The work SDOT identified in the new design plans includes the following (from SDOT):

Along with the paving project, SDOT is also coordinating the 15th Ave NW and NW Leary Way Seismic Retrofit Project. The department says they are conducting the repaving and seismic retrofitting projects together to minimize the construction timeline and traffic impacts.

The NW Leary Way Bridge is one of 16 bridges selected for seismic retrofits as part of the Levy to Move Seattle. SDOT says the seismic retrofits will include several modifications to seismically strengthen the existing bridge components and make the bridge less vulnerable in the event of an earthquake, including:

SDOT says they’ve been working with businesses along the 15th Ave corridor to inform them about the project and to begin conversations around mitigating construction concerns.

We are committed to working closely with project neighbors to coordinate construction timing and impacts as best as possible and will continue to send updates throughout the design and construction phases over the next two years. Initial outreach has included:

SDOT plans to distribute a survey in the coming weeks to gather information about how best to minimize construction impacts and find alternate routes. They’ll be reaching out to residential, industrial, and nearby business commuters regarding their typical usage of 15th Ave W/NW and Ballard Bridge.