The Original Vikings of Comedy – My Ballard Skip to main content

The Original Vikings of Comedy 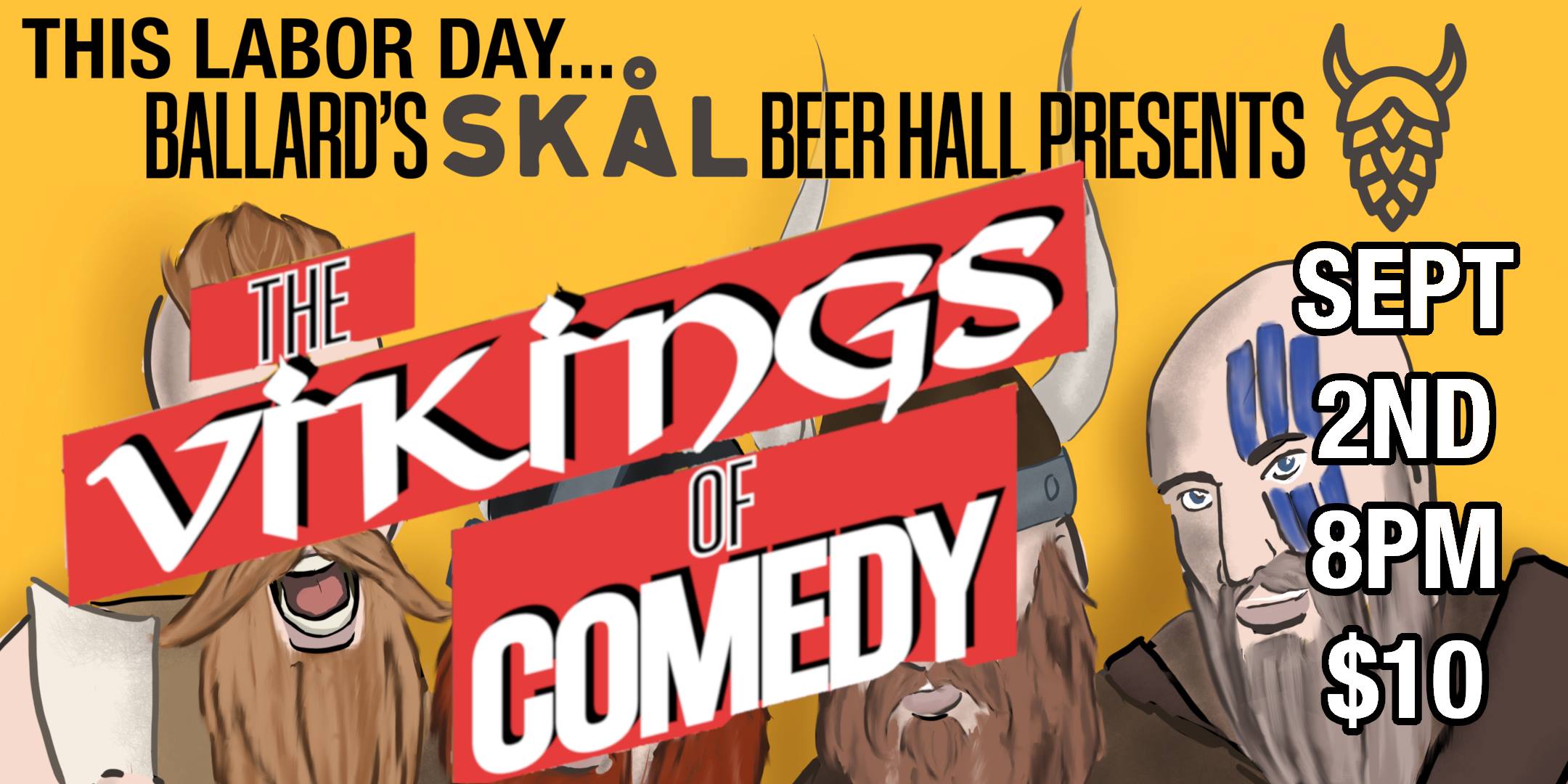 Sound the horns! Back by popular demand, The Original Vikings of Comedy are storming the beer hall for a second time around with a new crew of comedians and Ballard MAY NOT BE READY.

From L.A. comes Last Comic Standing’s Lang Parker! Lang Parker is the funniest farm girl to hit Los Angeles in a while. Born and raised in Muskego, Wisconsin, Lang has audiences doubling over with laughter when she explains how hard it is to be feminine when raised by a backwoods father and three brothers… “Yeah, I played with Barbie. I strung her from a willow tree and shot at her with a BB gun.”

Some of Lang’s acting credits include an appearance on Beverly Hills 90210, a roving correspondent for the Travel Daily Show, and over two dozen national commercials in addition to touring the country and regularly performing for the troops overseas.

After years of constantly filming and creating “content”, he decided to start 100 SETS productions and has since produced many videos and podcasts. His video projects include the web series: “Ten Second Check In”, “Oh Man, They HATED Me” and “Digital Robbie”, to name a few. He also produces podcasts “Who Done It?” and “Lunch Money” as well as others. A recent video of him performing stand up high on the Gateway Show went viral and got over 4 million views! He currently performs all around the country to pay for his dog’s expensive sweater habit.

From Dallas comes Thomas Nichols! His unique and whip smart observations span everything from cartoons to politics to pineapple fanta, and the laid back funnyman transitions seamlessly from one tightly crafted joke to the next within the course of a single set. Deadpan, hilarious, and wise beyond his 28 years, Nichols is a nationally touring comic who’s been featured at the Funniest Comic in Texas Competition, Seattle International Competition and was a finalist at the New York Finger Lakes Festival and Denver Make Me Laugh Festival. He’s also the author of the comic book series “Just Us Cops” available in comic book stores near you!

From Spokane comes Michael Glatzmeier! Michael has been playing guitar since the age of eight and has been improvising comedy since high school. After graduating, he started performing shows featuring improvised comedy, standup, and both improvised and original songs. Since then, Michael recorded his first CD, Michael Glatzmaier Mostly Improvised, and is currently working on releasing another. Michael is the winner of 2018’s World Series of Comedy competition and he has also performed at the Seattle Improv Festival, SFIT, and at Bumbershoot in Seattle in 2018. Michael has performed his one man show Mostly Improvised all the way from Vancouver B.C. to New York, New York.

Hosted and produced by Seattle’s own Travis Nelson.

Don’t miss this show and get your tickets soon, the last show sold out and we’re expecting this one to do the same. See you there!

Tickets are only $10 and available through Eventbrite now: https://www.eventbrite.com/e/the-original-vikings-of-comedy-show-tickets-68881112261