It’s been a long time coming, but it appears that Kirke Park (7028 9th Ave NW) will be completed by summer. 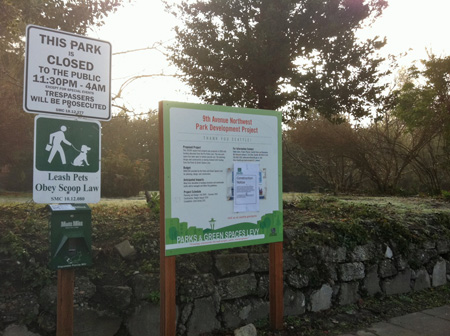 New signs have been put up in front of the park alerting users that fencing will go up and crews will be on site starting February 1 – that’s next Wednesday. Heavy demolition of the site will start the following day, Kelly Goold with Seattle Parks tells us. The contract calls for 100 working days which would put the park grand opening in mid-June, but Goold says both the contractor and city believe it will be finished sooner, possibly mid-May. 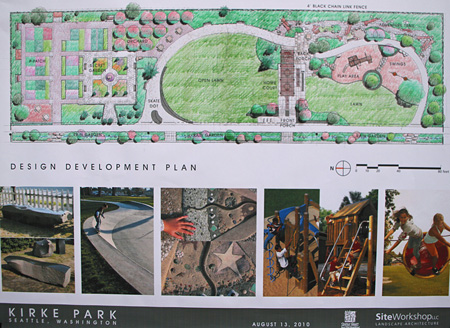