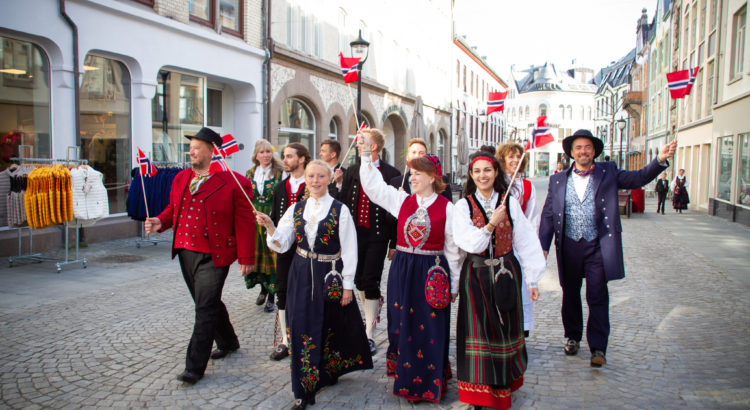 Casting is underway for the 10th season of Alt for Norge, a reality TV show that sends 12 Norwegian-Americans to Norway to find their ancestral roots. It’s also a competition — the winner takes home $50,000.

Ballardites have been contestants in past seasons of Alt for Norge (All for Norway) — Lars Phillips, Heidi Somes, and Kate Mills were in season seven. Washington has the fourth largest Norwegian-American population in the US, and 14 out of 106 total cast members have been from Seattle.

The show is extremely popular in Norway — “Norwegian viewers are inspired by the casts’ Nordic pride and fascinated by their hilarious and emotional journey as they compete in fun, cultural and adventurous challenges to unearth the mysteries of their family’s legacy,” the casting agents say.

The cast members are dealt a series of challenges — losing a challenge means elimination. The challenges are pretty diverse, ranging from dog sledding to random competitions against nudists, and even Norwegian swearing contests with 100-year-olds.

In a statement, Alt for Norge casting director Joan O’Connor says she believes the show has, “tapped into our desire to understand where we come from, which gives insight into who we are. To have this opportunity to travel to your motherland, experience the culture as a non-tourist, walk the sacred grounds of your ancestors and discover your family’s saga and secrets is pretty incredible.”

To be eligible, applicants must have some Norwegian ancestry, be at least 18 years-old, and have not traveled to Norway after the age of 15. The casting call is on Saturday, Oct. 20 from 9am to 2pm at the Crowne Plaza Hotel (1113 6th Ave) — you also need to apply online. If you can’t make it to the casting call, applications will be accepted until Dec. 2.

No such thing as “Norwegian”. All nations are nations of migrants and immigrants. Check your racism.

Did someone call my name? Is someone in need of a safe space? Has your privilege been suppressed? Your life matters! Do you need a hug?

If both Freya and Thor think these ways are racist…there goes a bunch of the Marvel movies actors. The Fresh Branzino has spoken!

You’re he one screaming racism. Makes me think you’re the true racist. #DothThouProtestTooMuch?

There is no such thing as race or gender, but we must increase diversity. Stop being a bigot.

Those of us who come from Decorah , IA are very proud of our Norwegian ethnic heritage. It is not racism. I think all individuals should celebrate their heritage , whether African American , Asian, Native American , or Northern European . Please attend Nordic Fest some year in Decorah Iowa , and then tell me what you think .

It’s not at all ironical that we Seattle progressives praise Scandinavian societies. They are also suffering from so much whiteness.

Certainty Europe considers the Scandinavian countries to be the most racist. https://www.vice.com/en_us/article/nn4d98/guide-to-european-racist-leagues

My gramma and grandpa left their firstborn in Norway to come to America. Uncle Arnie never came here to live, but my mom and her siblings paid for his whole family to come visit the United States when they were anle to. I would love to do this and understand how you leave a baby to follow a dream.

Sherry – you should ABSOLUTELY give it a shot. They’re always looking for people with those family stories and connections, and they want people who are there for the right reasons – to learn more about your Norwegian family and understand things about your past! Go to the open audition and tell them your story!

I’m the guy in the video above. This was hands down one of the coolest most spectacular experiences of my life. For anyone from Ballard with Norwegian heritage who hasn’t been to Norway (or went but before age 15), you should ABSOLUTELY give it a shot. You miss all the shots you don’t take, and the odds of ultimately being chosen – while not super good – are SUBSTANTIALLY better than any other reality TV show you’ve ever heard of. Feel free to shoot me an email if you want more information!

I’m from Minnesota and would love to do this. How do I?

Lars, do you know why there is a restriction re: not having visited Norway after age 15? I’m puzzled. First gen Norwegian American.

Guest, It wasn’t until last year that they opened it up to folks who had been before they turned 15, it used to be limited to folks who had NEVER been to Norway. (I’m pretty sure they loosened the rules in order to cast a wider net in searching for contestants. They wanted to open up the chance to someone who might be 50 years old and hadn’t been to Norway in 40 years but was still ineligible until the rule change.) The show is all about Norwegian Americans “discovering” what it means to be a true Norwegian. They don’t want people who have already been to the homeland, met their family, and understand the customs and culture – they want contestants to learn as they progress on the show. The reason for this is twofold in my mind: 1.) Watching Norwegians Americans struggle with the most basic of Norwegian culture, language, and daily life is comical to Norwegians. 2.) The show is in a lot of ways a travel show whereby contestants travel to different locations within Norway each week. Many of these are places in Norway that most Norwegians have never visited before, and in a sense they… Read more »

Consider the Ramstad family (Hrafnista in old Norsk) Look it up…Ramstad farm (where my Grandpa was born) has Ketil Trout buried in a mound. Famous ancestors. Oldest of the Norsk Sagas. Grim Shaggy Cheek, Keitl Trout and Ovar Odd. plus more Ramstad heritage sagas Ramstad was a great meeting place for all the Jarls of the time….Also Saint King Olav Haroldson was a great granfather 31 generations back! Thank You,,, Paul Harold Ramstad, California

I am descended from farmers, fishermen, and bakers. No famous people there.

As a third generation Norwegian American, I would love to do this, but travelling to Seattle is not possible for me. I will try to check on this show online, though.

You don’t have to attend an open casting call… you can simply apply online and submit a video!

I am 100% Norwegian and never been to Norway. Have a Big Family there but never meet them . Would be my dream to be involved. 😍

You sound like the perfect candidate! Worst case you spend 2 hours, apply, and don’t get on. Best case you’re chosen and have one of the most spectacular experiences of your life. You miss all the shots you don’t take! Give it a go!

I am 65 and have never been to Norway and yes I am Norwegian American. My great grandfather received a medal from the King of Norway for starting Our Saviors Lutheran Church in Brooklyn, NY

Now I wish I hadn’t visited Norway 3 times so I could try out for this show! I am a 2nd generation 94% Norwegian American whose grandparents landed in Massachusetts and didn’t go any further! I don’t really wish I hadn’t visited. It’s a beautiful country and I felt like I belonged there…..an interesting feeling. I looked like them! I learned a lot about why my mother cooked the way she did…..i.e. boiled potatoes all the time :) Lefsa? Not as good as my grandmother’s. Good luck to all who try….I’m envious, but at age 76 I’ll just enjoy the show. It does play here in the U.S, doesn’t it? Wouldn’t want to miss it. My maiden name is Thoresen…..in other words, Thorsdatter!!

I’m a Norwegian American. I’ve even been there to Norway and I have living family there. My American family use to own and operate a Scandinavian bakery in bay ridge Brooklyn named Olsen’s bakery