We’ve been captivated by the follow-up stories on the sinking of the Seattle-based Alaska Ranger, which took the lives of five people. There’s the story that the ship’s officers didn’t board the life rafts and perished. Another on the sheer magnitude of the rescue — dozens of people scattered over a mile in the middle of the night. And now there’s this exclusive report from ABC News that quotes a survivor as saying the crew had nicknamed the ship the “Ranger Danger” because their employer had delayed making repairs. Jeremy Freitag said the ship leaked all over the place, and pumps to clear out the water didn’t work. I’m sure we’ll be hearing more about this in the next few days. 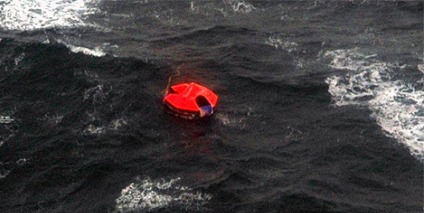 A Coast Guard photo of one of the rafts.