In the last hours of Ballard SeafoodFest, Sustainable Ballard announced the winners of the Ballard Bike Rack Design Contest. 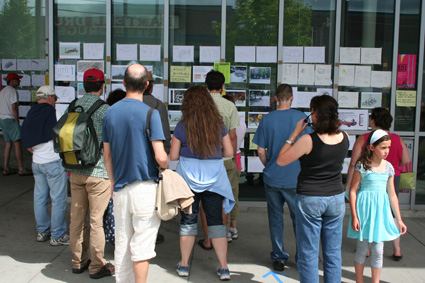 Over 100 entries were submitted, many from middle school and high school students. The judges include architects, designers and the Chamber of Commerce. All are Ballard residents. 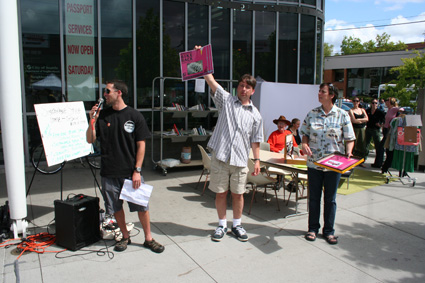 Sustainable Ballard’s Craig Benjamin (left) announced the six winners. They’ll get to see their designs built and placed around Ballard as early as September. Three of the locations are already determined, but the other three have yet to be approved. Click through below for the winning designs… 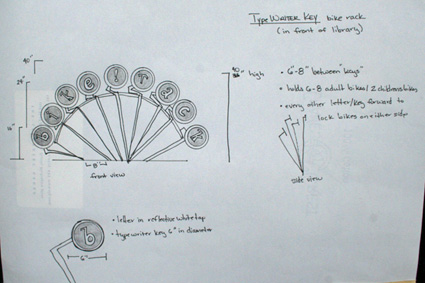 Typewriter keys form this bike rack designed by Henrietta Coffington, which will be placed right in front of the Ballard Library. 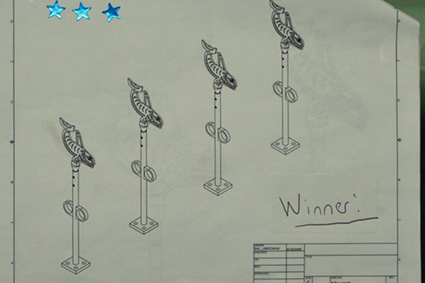 These poles with Native-American style orcas on top were designed by Linton Rowan. They’ll be positioned at the Ballard Locks. 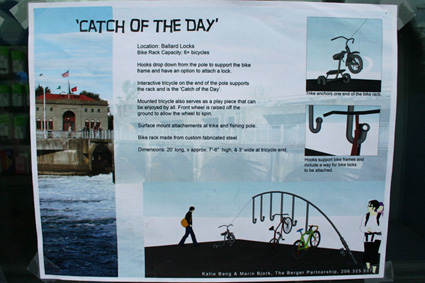 Bicycles hang from this big fishing pole, which will also be placed at the Locks. Design by Marin Bork and Katie Bang. 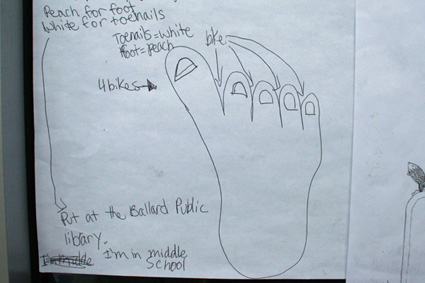 Middle schooler Kaila Crosby designed this bike rack, which was a favorite among the judges. The proposed location is along Ballard Ave. 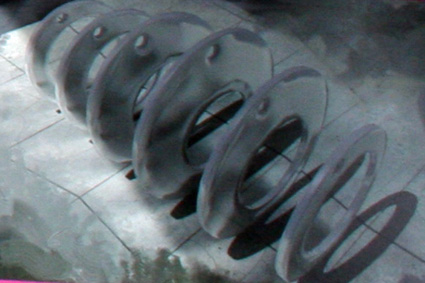 These circles by Carl Sanden give this bike rack a trendy, futuristic look. Also proposed for Ballard Ave. 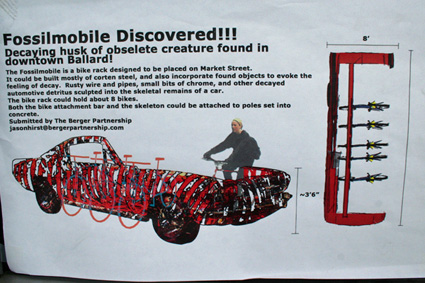 And finally, the “Fossilmobile” is the shell of an old car, by Jason Hirst. The proposed location is Ballard Ave., but Sustainable Ballard admits it may be a little challenging to get buy-in to install it in Old Ballard. 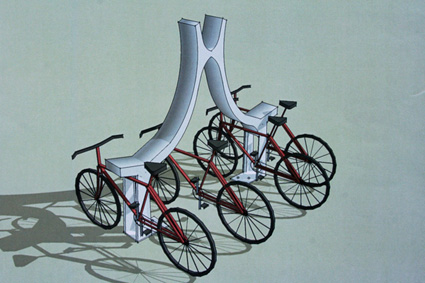 No, the Googie design did not win. “The judges weren’t really into it,” Benjamin said. Some had hoped that it could be placed at Market St. and 15th Ave. in remembrance of the Manning’s Cafeteria.