“Ballard’s traditional costume is really a pair of old coveralls,” explains the SeafoodFest program, “not a Scandinavian folk costume, as many might imagine.” So in the spirit of honoring industrial Ballard, contestants in the “Seventh Annual Slotky Memorial Couture Coverall Contest” took the stage. 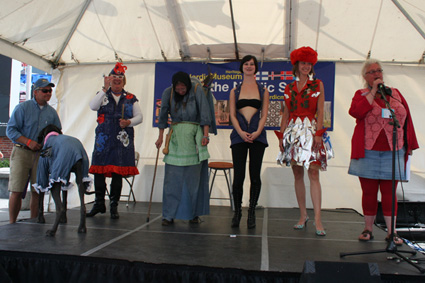 The goal is to show originality and Ballard fashion flair with a pair of coveralls. And today, Old and New Ballard alike were well represented. 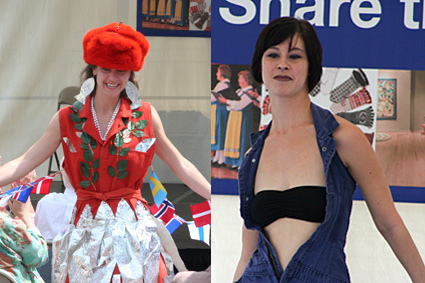 That’s Esther from the Nordic Heritage Museum walking down the “catwalk” on the left. And, ahem, that’s Sonya from BalMar on the right. 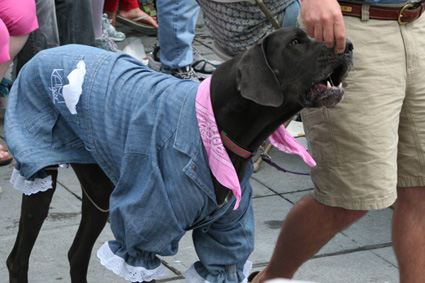 Um, this is “Lily the Riveter” sporting coveralls. 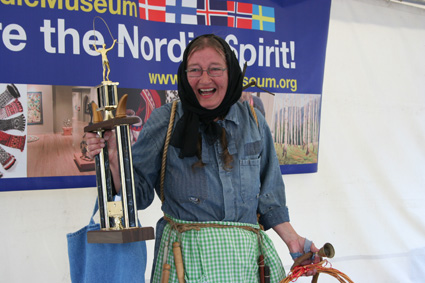 But in the end, the winner is Dorte Brandsrub, who dressed and played the part of a woman from the Duwamish tribe in Ballard back in the 1800s.