A keyboardist for the Seattle band Jr. Cadillac, Steven Flynn is working against the clock to save a house in Fremont from the wrecking ball. 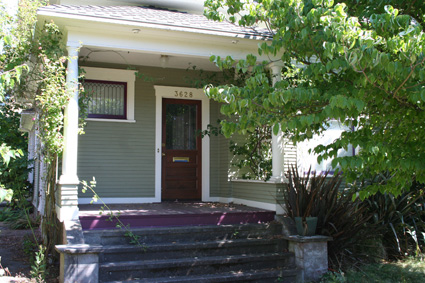 Developers are slated to demolish the home as early as Wednesday, and Flynn is trying to secure enough financing to move it ten blocks away, reports the PI. The house is 100 years old and has an interesting history: it was recently Gypsy Arms, a bed-and-breakfast complete with an S&M dungeon in the basement. 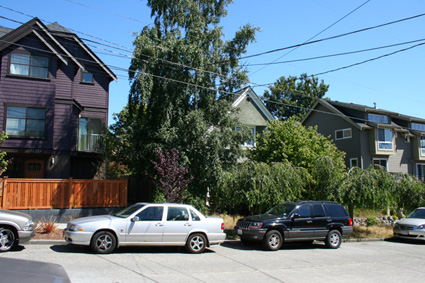 The plot of land along Palatine just up from 36th is sandwiched between townhouses, and that’s exactly what developers are planning to build there. In fact, there are new townhouses springing up all over this part of Fremont. We’ll update you on what happens in Flynn’s quest to save the home.