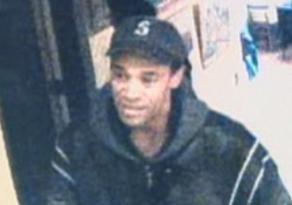 A business owner in Old Ballard says she was burglarized during the Farmers Market on Sunday. Kylee Harris, the owner of Cugini Cafe, tells My Ballard that a man came into her shop and went back into a private office around 3:45 p.m. She says one of her employees confronted the man, who locked himself in the bathroom and escaped out the window. Surveillance video, seen here in this KING 5 story, shows the man with something hidden under his jacket, and money bags were left empty in the bathroom. Harris tells us this isn’t the first store to be hit by the same suspect: Romanza, Kitchens ‘n Things and Hattie’s Hat have also been targeted. “The scary thing is he’s so bold and has been confronted by so many people, but he keeps showing up,” Harris says.