Update 8:35 a.m.The snow shifted to rain late last night, melting the vast majority of the 2-4 inches of snow on the ground. 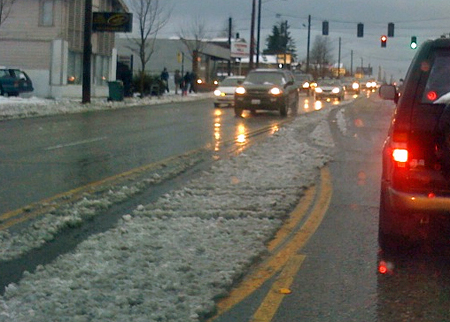 Here’s a look at 15th near 80th. While the side streets still have some snow, most of the main arterial routes around Ballard are clear and wet with some slush in the median. Metro is running at full strength with a handful of limited routes, and Seattle Public Schools are open, as scheduled. 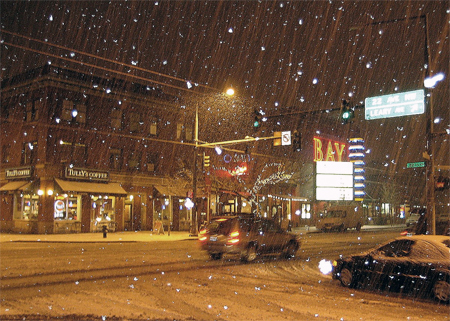 This was the scene in Ballard last night (photo courtesy of Marc). The snow began to fall and refused to let up despite a forecast of limited snow showers, forcing SDOT to quickly dispatch their plows and Metro to race to prepare for a potentially slippery morning commute. 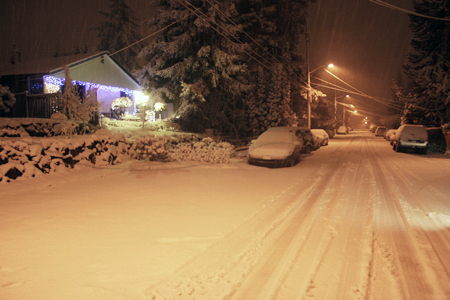 Crown Hill, Sunset Hill and Blue Ridge saw deeper accumulations (that’s 19th Ave. and 85 St. in the photo above) in the 3+ inch range. 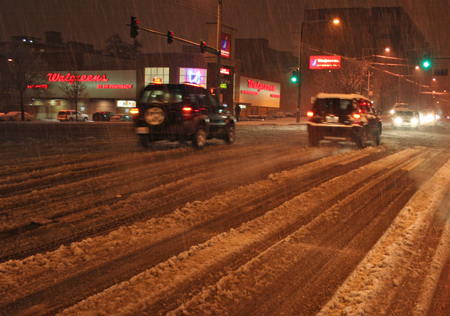 While traffic was moving relatively smoothly overnight on the major Ballard routes (like 15th and Market St. above), the biggest traffic struggles involved hills. “JessicaBallard” reported seeing a Metro bus stuck in the middle of Market on the hill at 11 p.m. Jennifer wrote at 8:30 p.m. that “quite a few cars are getting stuck up the hill” on 46th St., which is Market on top of the Ridge. But by morning, these problems will melt away with the snow. 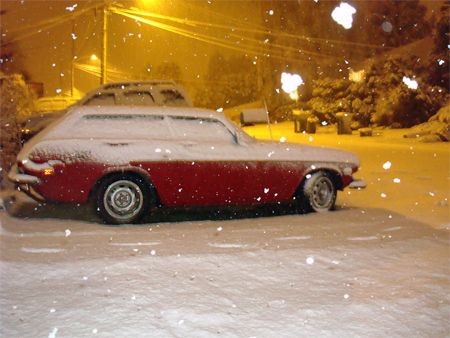 Joel sent us this photo from 9th Ave. and 97th St. which illustrates the big, wet clumps of snow falling from the sky. 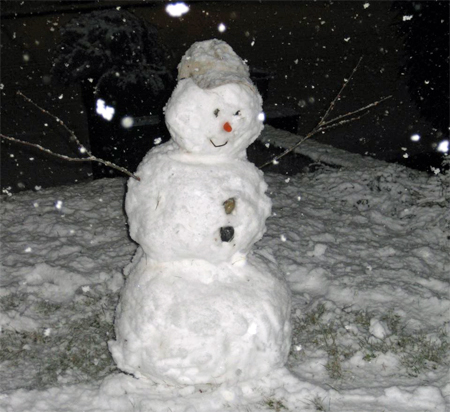 Andrew in Sunset Hill sent us this photo tonight of a snowman made by “2-year-old Austin and his dad.” Have a traffic/snow report? Please leave it in comments below. And send any photos to tips@myballard.com…