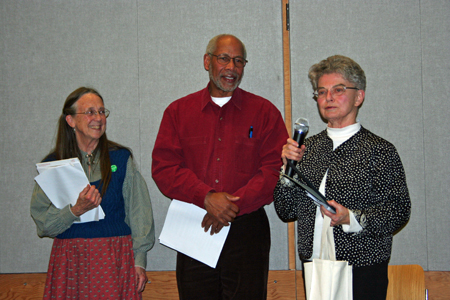 “I have loved representing Ballard. It’s such a special place”, said Sommers, seen here with Fred Maxie and Jody Grage. All of the winners were given a proclamation from Mayor Nickels as well as a tote bag full of Ballard goodies (including an official “Free Ballard” bumper sticker.) The sponsors of the award are Ballard Rotary Club, Ballard Auto Licensing, Lombardi’s Restaurant, Majestic Bay Theatre, Dante’s Inferno Dogs, and the Ballard Historical Society. Our thanks to the sponsors as well as the Ballard District Council!