After 25 years in its current home, the Nordic Heritage Museum is planning to move to a new location on Market St. (map) in 2014. The architects for the new facility — Mithun Partners, which are known for creating REI’s flagship store in Seattle — recently released the first set of preliminary designs. 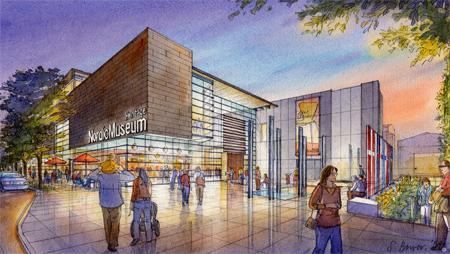 In addition to the museum’s primary focus on the Northwest’s Scandinavian history, “classrooms, a genealogy research area, a cafe, retail space, and public gathering areas will create a vibrant atmosphere of education and fun,” explains Mithun’s website. A Finnish architect is also collaborating on the project. 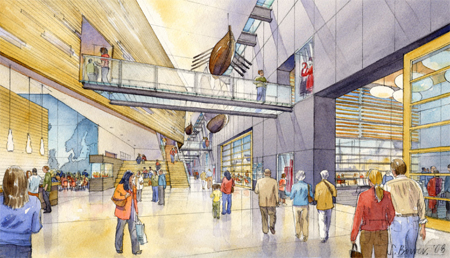 The Nordic Heritage Museum is actively raising donations to cover the anticipated $50 to $60 million in costs for the new facility. It recently produced a promotional video, narrated by KOMO anchor (and Magnolia resident) Kathi Goertzen, explaining the vision of the new museum. Meanwhile, the Seattle City Council is considering a zoning change to the rule that all museums must occupy buildings constructed in 1987 or earlier.

One thought to “Update on new Nordic Heritage Museum”