One of the hottest tickets in town today was not the Mariners or Sounders, but CatchCon. Discovery Channel put on the first-ever Deadliest Catch Convention today at Pier 66. Tickets were limited to the first 500 people who signed up on Discovery Channel’s Web site. 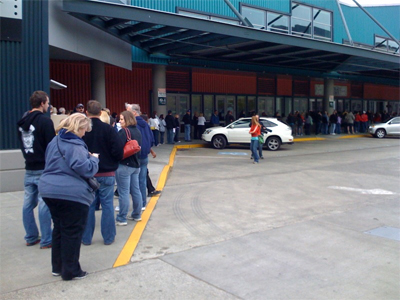 The doors opened at noon, and ticket holders were ushered into the convention center where they could test their skill in the “Deadliest Sort” — a game where you had 30 seconds to sort through plastic crabs according to the gender. 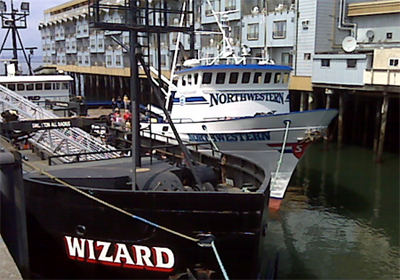 The Wizard and Northwestern boats were on hand for tours throughout day. You were able to climb aboard these mighty vessels and take photos with some of the crew and of the boat itself. 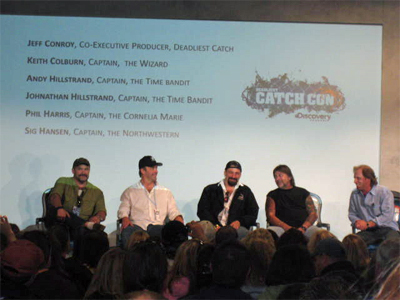 The Q&A session with all of the captains was the best part of the day. Some great stories were told by Sig Hansen, skipper of Ballard’s own Northwestern. “It doesn’t get any more real,” he said when asked about the show and the camera crews. “They’d follow you into the can if they could. They’re serious.” Keith Colburn was asked how his head was after he was slammed into the hull of his boat while diving under it in the Bering Sea, he said he still a small egg but was fine. 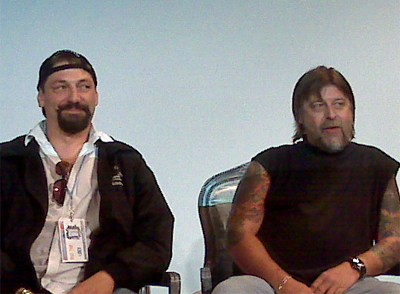 Captain Phil Harris was asked if during this season he makes it back into the wheelhouse of the Cornelia Marie and he responded with, “You’ll just have to wait and see.” He said his health was getting better and that his health was more important than fishing. 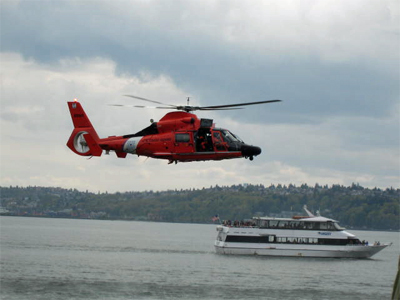 After the Q&A, fans lined up to get as many autographs as they could from the captains and crew. The Coast Guard made an appearance as well. They performed a rescue simulation just off of the pier where a rescue swimmer jumped out of the helo and into the water to “rescue ” a victim. Following the Coast Guard exehibition, several producers sat on a panel and gave insight from behind the lense of the camera into what it takes to make the show happen. The producers then brought out one of Sig’s jackets and auctioned it off to the crowd to benefit Fisherman’s Fund. The Fund was set up by Sig and proceeds go to benefit the families of those who were lost at sea. The jacket raised over $2000 for the charity.

The last half hour of the day, we were shown a clip of this weeks episode. SORRY, I will not ruin it for you but make sure you watch Tuesday at 9 pm. Overall, Discovery Channel did a good job at their first Catch Con. I hope they bring the next Catch Con back to Seattle.

Thanks Rob for the report! Photos from Rob and CatchCon staff. You can see more photos as well as video clips of the Q&A right here.