Edith Macefield did not back down when developers tried to buy her house, forcing them to build around it. Now, a year and a half since she passed away, Ballard’s biggest hold-out is becoming a household name in China. 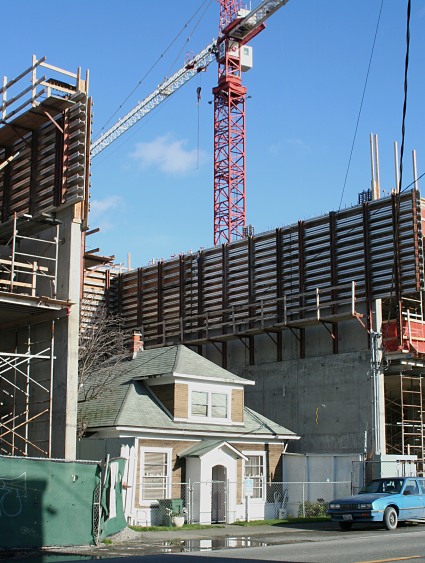 Developers in China wanted to demolish a woman’s house to make room for a road, but she refused when she was offered a price below market value, reports TofuWatch.com. Her story has a tragic ending — the home was demolished and she committed suicide — sparking outrage in the country. Much of the fallout compares the tragedy with Ballard’s own Edith Macefield and this line in our 5th Amendment: “Nor shall private property be taken for public use, without just compensation.” Brad Wong of TofuWatch writes that there’s some movement toward a similar law in China.