Also opens in Ballard – My Ballard Skip to main content 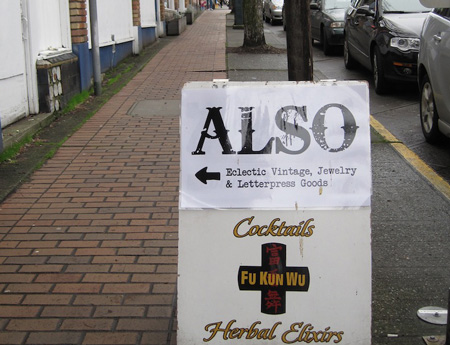 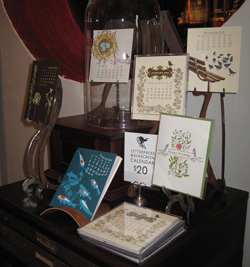 Also opened its doors on the Thursday before Christmas. The storeowners, Jon Alberts and Graham Graham of La Carta De Oaxaca and Thaiku fame, explained that Also was never planned. It just came to be.

“How do you repurpose something that is as archaic as a smoking room?” asks Graham.

The smoking room space is narrow, deep and closed off from the rest of the lounge. Since Seattle and King County’s smoking ban in public places in 2005, the space had been out of use. 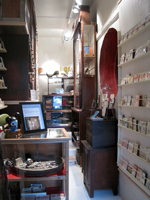 “At first we were going to fix it up and sublet it. But we decided we had enough merchandise through family members and decided to do it ourselves,” says Alberts.

The idea is to highlight locally produced goods, says Graham. Such items include Ilee Papergoods made by Albert’s sister, adhesive quotations by Clover Andabee, and leather-bound notebooks by Andrea Kohler.

The rest of Also’s inventory is either collected by the store owners or their friends. The bulk of it came out of storage boxes, says Graham.

Many antiques are picked up on trips to Asia, but some collectibles such as a Gary Baseman (artist of the game Cranium) prototype are from Graham’s own personal collection. The DKNY special edition Toy2R figurines are from when Graham worked with the designer Donna Karan.

Diane Macrae of Venue, across the street from Also, describes the store as “small, quaint and cozy.” 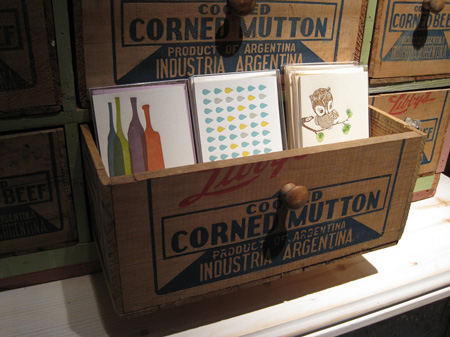 Alberts and Graham plan to bring in special inventory for Valentine’s Day and will expand store hours following Valentine’s weekend.

Also is located at 5410 Ballard Ave. NW, although the entrance is on 22nd Ave. Hours are noon to 5 p.m. Thursday through Sunday.

(Contributor Michelle Tanaka is a student in the University of Washington Department of Communication News Laboratory.)

I stopped in on Sunday after the Farmer's Market and the cards there are adorable! Highly recommend!

oooo, if they start carrying more blind box toys, I might have a new vendor….

Lovely story, Michelle! Welcome to MyBallard! Looking forward to reading more from you!

I will definitely have to stop by! I had last year's calender by Ilee Papergoods, and I loved it. I was going to get the 2010 edition, but I was given a different calendar for Christmas.

We stopped in here after the farmer's market, too, and were treated very warmly! It is comically small in there but beautifully merchandised, I bought some great cards.

Ilee Papergoods ROCKS! I love her stuff (she did our wedding invitations).