Sen. Kohl-Welles named ‘Legislator of the Year’ – My Ballard Skip to main content 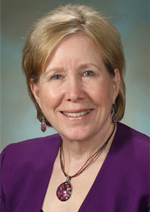 Three years ago, two Ballard seventh-graders Audrey Long and Theresa Edwards, met with 36th District Senator Jeanne Kohl-Welles (D-Seattle) with the idea of a bill to curb puppy mills. Last year, Senate Bill 5561 was signed into law, creating rules for kennel owners. This year, the state senator who represents Ballard, has been named “Legislator of the Year” by the Humane Society of the United States for her tireless efforts to help animals. “I could not be more honored to receive this award, especially as it came from the national organization representing millions of members throughout the country.” Kohl-Welles said, “The Humane Society is an organization whose work I greatly admire.”

The new law “prohibits an individual from possessing more than 50 non-neutered dogs older than 6 months at one time. The bill also set standards for kennel size, exercise, sanitary conditions, and basic care,” the press release sent out by the Washington State Democrats states.