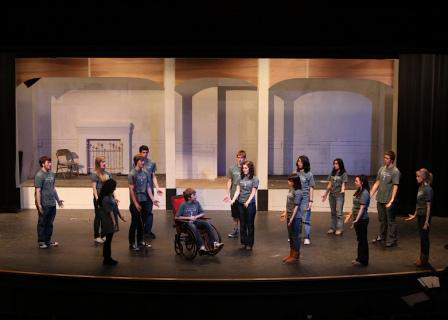 “The show has absolutely spectacular music performed by an exceptionally talented group of singers,” parent Kris Jones emailed us. Those singers will perform with the high school’s full orchestra. The Tony Award winning musical is based on the 1909 novel by the same name and touches on difficult subjects such as death and healing. The Tony Award winning musical features music by Grammy winner Lucy Simon. 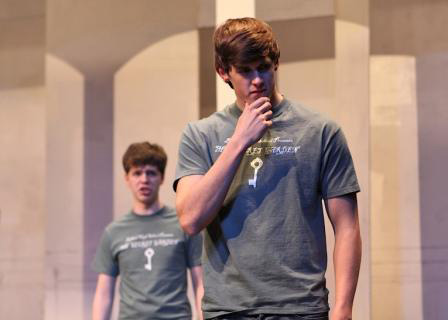 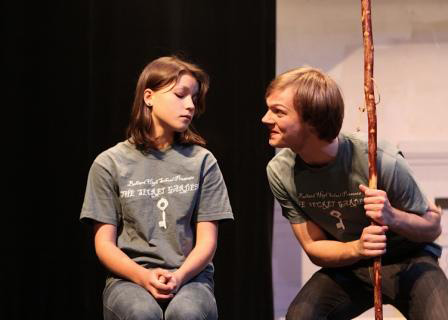 Tickets are $12 and can be purchased online here or at the BHS main office (1418 NW 65th.) Seattle Public Schools does not fund the spring musical, financial support is through tickets purchased.

On another note, two cast members of The Secret Garden have received high honors. CJ Eldred, who plays Archibald Craven, is one of just ten males to be accepted into the University of Michigan musical theatre program. Eliza Palasz, who plays Martha, recently qualified for Nationals in the Thespian Society’s Solo Vocal Performance event. Palasz is the first Ballard High
student in over 15 years to win this honor. (Photos courtesy Ryan Hyde.)

What…no comments?? C'mon people, get out there and support BHS. They have awesome singers.

Was thinking about doing this. Secret Garden was one of my favorite books, and a musical version sounds right up my alley. :-)

I'm going with a group of friends to see this BHS production next week. I saw “Inherit the Wind” at Ballard a couple years ago, and was very impressed! Can't wait to hear “The Secret Garden”.

When I ordered tickets two weeks ago, many seats were already claimed. I suggest getting your tickets soon!

I just came home from hearing three of the kids from this production sing a couple songs from The Secret Garden at a fundraising cabaret and they were AMAZING!!!

If you enjoy beautiful singing and supporting your neighborhood schools DO NOT miss this show… and especially consider supporting them on Opening Night this coming Thursday as the energy is always really high that night!