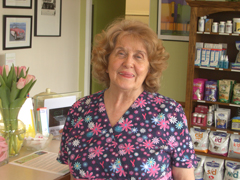 Faye Cluckey of Ballard always knew her dog Tinker Bell was special. After all, the dog survived a battle with breast cancer. But when Tinker Bell started frantically pawing at Faye’s chest one day, the dog became a lifesaver.

“My daughter said ‘Tink is trying to tell you something. You better listen.’ The dog let me know there was a problem,” said Cluckey.

That problem turned out to be early stage breast cancer, but was caught early enough to treat it successfully. Faye is no stranger to the horrible disease. Since 1986, she’s stood by her sister who has battled breast cancer, bladder cancer, and now bone cancer. The two live just down the street from each other in their Ballard neighborhood and Faye plans to be there for her sister every step of the way. 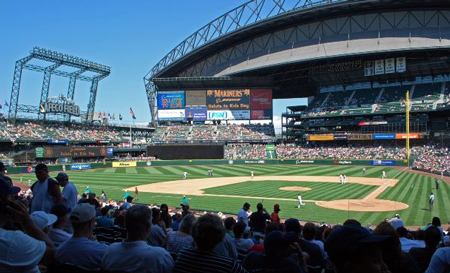 Faye’s dedication to her sister and her pursuit to raise awareness of cancer won her the right to be an honorary bat girl during this Sunday’s Mariners game. Major League Baseball and the Susan G. Komen Foundation are recognizing 30 inspirational fans across the nation who have demonstrated a commitment to the cause. Faye tells MyBallard she’s excited about Sunday, which also happens to be her 72nd birthday, but her real wish is to find a cure.

“I really haven’t done anything special to deserve recognition. All I’ve done is deal with the lumps that life has brought my way.”

That’s so awesome! I think you totally deserve to be honored! XOXO

Congrats Faye you are an amazing person.

Animals are amazing, too….you were very smart to listen to doggie, Faye! Congratulations on your success and I wish you and your sister the best!

We watched you at the game . It was so much fun to see you. Congratulations on a well deserved honor. You are the best!