All painted up for the big Solstice parade last weekend, Kris had a big question on his mind. One that he planned to pop on his girlfriend of two years somewhere along the parade route. 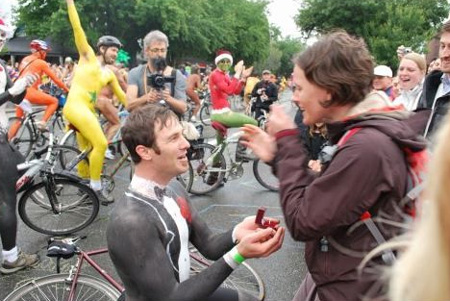 “He was topless, but wore bike shorts so that we could show the pictures to my grandmother,” Amy says.

Our sister site, FremontUniverse.com, has the story. The couple is now looking for pictures of the proposal.