With 16 newly-refinished rooms, a gorgeous lobby and the elegant charm of the early 1900’s, Hotel Ballard (5300 Ballard Ave NW) is officially open. 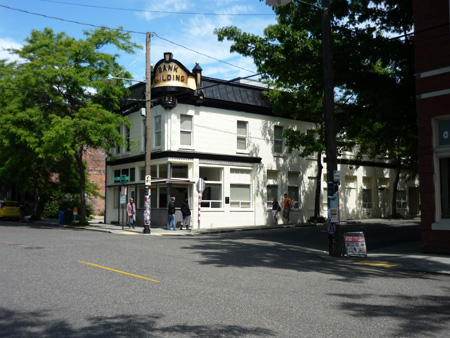 The hotel is owned by the same people who own the Olympic Athletic Club and Mark Durall, the club’s manager, also worked as project manager for the hotel restoration. 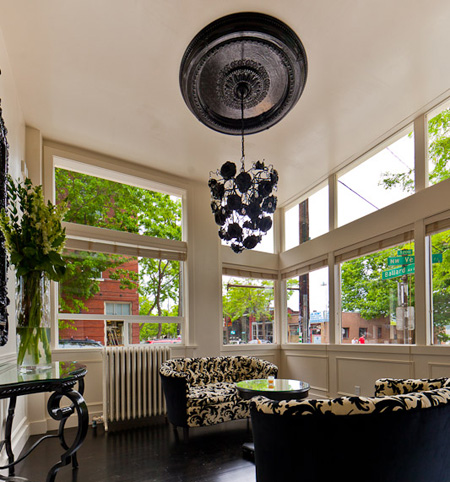 The medallion on the ceiling is original, the chandelier was handmade in Finland for Hotel Ballard

The building was originally commissioned by the American Scandinavian Bank in 1902. “They spared no expense,” Durall says. “It was the nicest building on Ballard Avenue at the time. Our goal was to restore the building to its original 1902 elegance.” 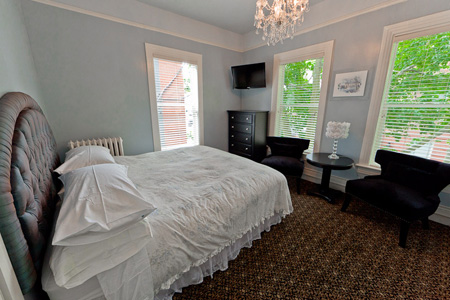 An example of an upstairs room with hand-made head board

On a tour of the hotel, it’s obvious that this was truly a passion project for Durall. “It was like an archeological expedition,” he says of the discoveries they made about the building’s history. He says that underneath the dirty stained carpet and the old linoleum, they found pristine fir floors with redwood trim. Those floors are now exposed, as are many other original features. The trim in the hallways is chipped, adding a touch of charm to the newly refurbished building. Durall points out that it is the original trim. 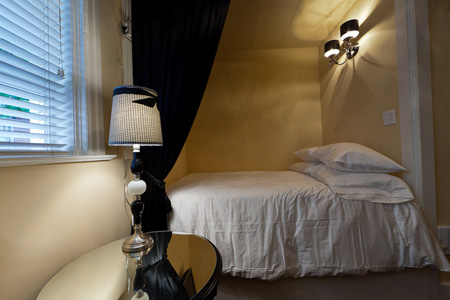 The building has been a hotel since the 1920s. When it was initially turned into a hotel, two of the beds were built in.

The goal, according to Durall, is to offer people an affordable place to stay in Ballard. Single rooms start at $79 with deluxe king rooms costing $229 per night. All but four rooms – the deluxe king rooms – have shared bathroom facilities. More information can be found here.