The historic totem pole is back up at the Red Mill Totem House. For the last two-and-a-half months, artist Greg Colfax, a member of the Makah Tribe, has been working to restore the 75-year-old totem pole up at Neah Bay. 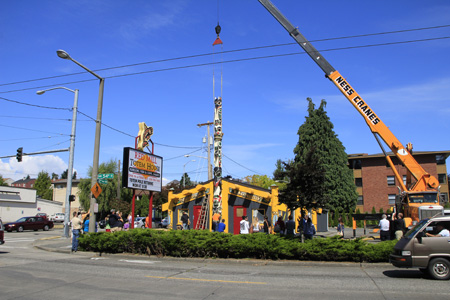 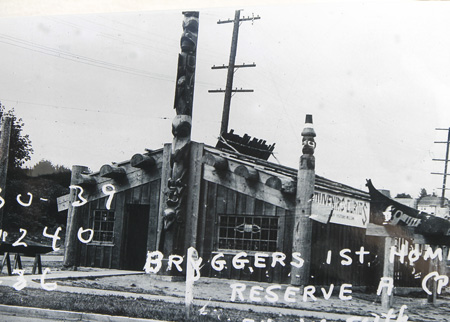 A picture of the totem pole in front what was then a souvenir shop in 1939.

Colfax says some of the rotted wood had to be replaced, including the base and he added a support beam through the hollow middle. He primed and painted the entire thing white before adding the color, a technique he says is challenging because you can see any wiggle of the paintbrush on the white background. 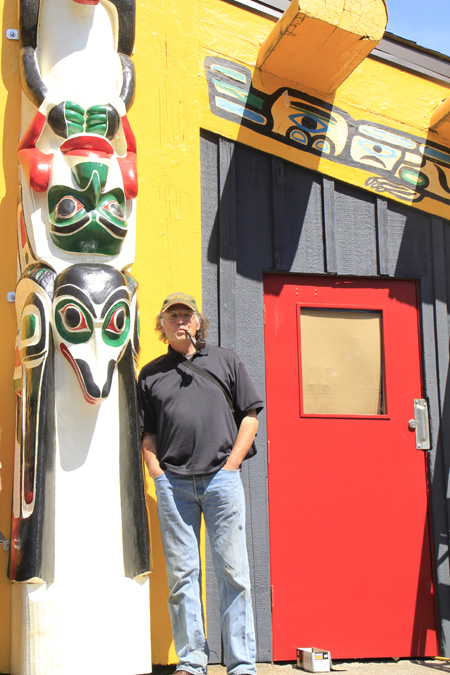 Artist Greg Colfax next to the newly-refurbished totem pole. A look at the pole before restoration