A quick-thinking lifeguard saved a woman’s life this afternoon at the Ballard Pool (1471 NW 67th St.) The call came out around 12:45 p.m. 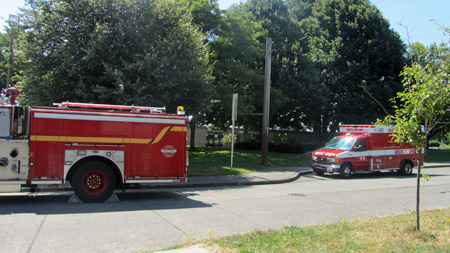 According to Dewey Potter with Seattle Parks, the lifeguard noticed that someone had gone face down and quickly pulled her out of the water.
According to a witness, the woman was completely limp when she was pulled from the pool. The lifeguard gave her CPR until she started breathing on her own. When medics arrived, they hooked her up to an IV and was able to answer questions. Kyle Moore with the Seattle Fire Department says that it was an elderly woman. Medics transported her to Northwest Hospital. 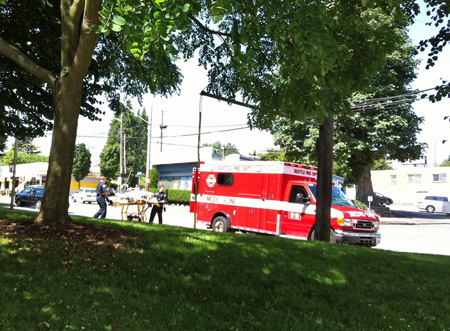 The lifeguard, Potter tells us, is highly-trained and just put in his resignation because he has been accepted into the Tacoma Fire Department training program.