Gilda, the rescue dog is missing. The Owens family recently adopted Gilda from a shelter and was told she was neglected by a previous owner. 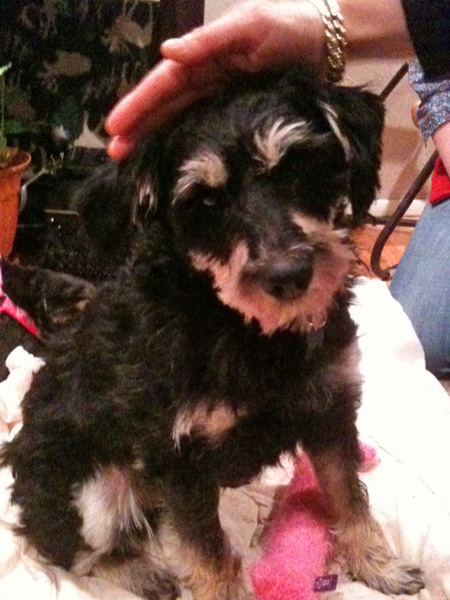 She “seems to have dug herself a nice hole and slipped out of our back yard,” Chris writes. She is half schnauzer half Australian cattle dog. She has a collar with tags that have contact information for the shelter where she was adopted from. “She is very timid and afraid of strangers due in part to her troubled past prior to being adopted. Several people in our neighborhood spotted her today but were unable to catch her due to this fact,” Chris tells us.

Gilda was last seen at 11 a.m. near 11th Ave NW and NW 56th Street. Carolyn writes on the MyBallard Facebook page that a dog matching this description was seen at the corner of 11th and NW 58th Street, but the dog would not let her near.