Ballard residents want to preserve the Sunset Hill Community Association clubhouse, as shown by the avid support at the yesterday’s membership meeting. 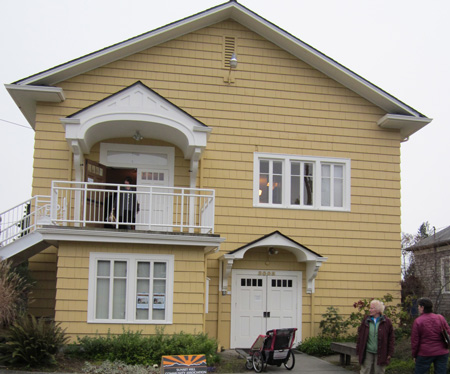 The iconic community building has struggled significantly over the past few years. Membership has decreased and fewer groups have rented out the space.

“We’ve been hovering,” said Robert Drucker, past president of the association. “At this rate we will continue to break even for a few years, but barely.”

The board felt like the future of the SHCA should be placed before the community. 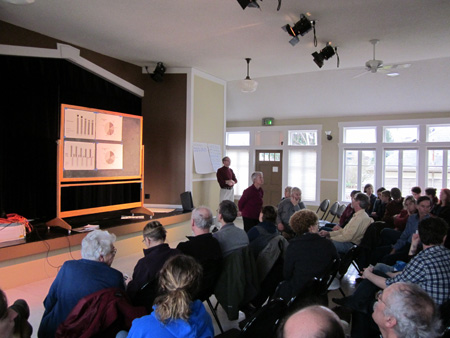 While the outcome of the meeting was in favor of preserving the clubhouse, community members felt like SHCA needed to improve its communication with residents and its rental policy in order to help the association get out of its rut.

Maureen Brink-lund, another former president of SHCA, expressed frustration over how the group sends out emails without any number to contact for follow-up questions. Furthermore, it sometimes excludes nonmembers from responding to the emails. “That is so rude,” said Brink-lund to the board.

One resident recalled wanting to rent out the space for her son’s birthday but not being able to pay the large rental fee. Another attendee suggested that the organization offer a sliding scale for fees.

While the clubhouse has always primarily supported itself through renting, many community members want to see the SHCA programs flourish more.

Babette Saltzman would like to see cooking and canning activities offered at the clubhouse. “Food brings people together,” she said.

Lilian Riley, a Ballard resident for 54 years, said the SHCA clubhouse has been used for everything from weddings, graduation parties and movie nights, to community support groups during times of financial hardship. “It could be used for hard times again, but it just takes energy and organization,” she said.

Lastly, attendees felt like the organization needed to define its mission more clearly. They seemed to agree that while rental fees support the clubhouse financially, the community programs are what give the building a reason to exist.

“Turns out there is a lot of interest in the association and the building after all,” said Lois Spiegel, current president of Sunset Hill Community Association.

(Contributor Aaron Gordon is a student in the University of Washington Department of Communications News Laboratory.)