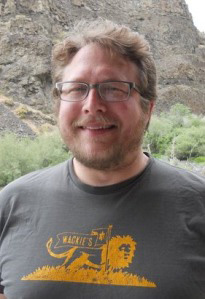 More than a year after the accident that took the life of Sub Pop executive Andy Kotowicz, prosecutor’s have decided that Vehicular Homicide charges cannot be filed against the individual who caused the accident.

Ian Goodhew with the King County Prosecutor’s office tells us that the Felony Traffic Prosecutor has determined that the suspect fell into a hypoglycemic seizure due to his diagnosed diabetes.

[The suspect] regularly monitored his blood sugar level and was on his way home when he fell into an episode, ultimately into a seizure, causing the collision that killed Mr. Kotowicz. Under state law we have to prove that a driver either was driving either in a reckless manner or with a disregard for the safety of others. To do so there must be sufficient evidence to show [the suspect] knew he was about to have a hypoglycemic episode and drove anyway. Given that he regularly checks his BSL (blood sugar level) and had just left his diabetic doctor appointment, it would be impossible to prove he was consciously disregarding safety, let alone being indifferent to consequences of driving.

The accident occurred the evening of October 20th, 2010 near the intersection of 15th Ave NW and NW 75th Street. For more details on the accident, here is our original coverage. (*The suspect’s name has been redacted. We do not name suspects who are not charged with a crime.)