With seven breweries in five square miles, Ballard is fast becoming the Bordeaux of beer. The support for local businesses and a pioneering spirit has made the community a leader in the beer industry.

“The consumer keeps demanding variety and I think that’s fueling the growth in different breweries,” said Kevin Klein, head brewer of NW Peaks Brewery. “People aren’t going to be satisfied with the same craft beer; they’re forcing the market to change so they can try new things.”

Klein has been a home-brewer since 1998. His nano-brewery opened two years ago and is one of several breweries that have opened in the area. Klein’s brewery, which is operated in a garage on Leary Way, has helped him touch base with consumers. While he plans to expand production in the future, a smaller and intimate approach has brought him closer to customers.

The nano-brewery has more foot traffic now that Ballard is becoming a destination for beer drinkers. Located one block away from NW Peaks Brewery is Hilliard’s Beer, which opened in October. The owners, Ryan Hilliard and Adam Merkl, expected 500 people at their grand opening but about 1000 people arrived that day. Their beers are already available in local pubs and Whole Foods will start carrying their canned Amber Ale and Saison. 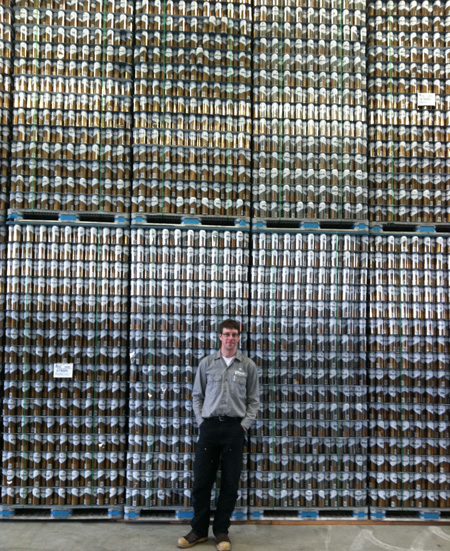 “I think that we’re lucky in the Northwest and Ballard especially, because we have educated beer drinkers,” Hilliard said. “They know about beer, they know what they like and they know good beer when they taste it.”

Hilliard’s also features a taproom and in the summer they plan to construct a beer garden. “The spirit of the breweries here are such that everybody wants to help each other out,” Hilliard said. “Ballard has the industrial feel to it but it also has the industrial spaces to rent.” 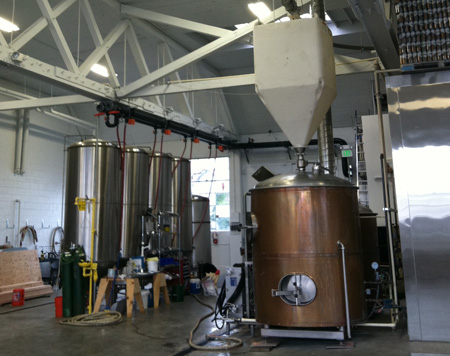 When the staple Hale’s Ales moved from Kirkland to Ballard in 1995, their production capacity increased from 6,000 barrels a year to 20,000 barrels. Twenty-five years ago Hale’s was just one of three breweries in the state. Phil O’Brien, sales and marketing manager, said that today craft breweries have become the norm, particularly when younger people join the industry.

“We decided to come here because of the visibility of this location,” Czarnetzki said. “Seattle is a 20 percent market so you have a lot more opportunities.” Czarnetzki recalled the first time he entered a grocery store in Seattle, compared to New York and DC “the biggest section was the microbrew section.”

Urban Family Brewing currently has 25 beers on tap, by late spring they plan to install their own brewing system. “When you have a city that supports local beers that way, it makes everything else easier to do,” Czarnetzki said. “People here would rather purchase local, even if it meant spending more money, because they want to support the local community.”

Reuben’s Brews is the latest addition to 53rd street. Owners Adam and Grace Robbings are currently working to achieve their June launch date. Adam already has 30 to 40 recipes prepared, some of their beers include; Old Ales, German Rye Ales and a Pumpkin Rye Ale with bourbon. Their taproom, featured in the middle of the brewery, will allow the team to engage with visitors.

After gaining recognition for his beers, Robbings wanted to share his work with people on a wider scale. He won the people’s choice award in 2010 and was one of the top home brewers in the Washington Homebrewer of the Year competition.

“Even from my first brew, our friends and family loved the beer,” he said. “I became a sponge for brewing information; absorbing whatever I could read or learn.”

Robbings moved to Ballard eight years ago, he said that the choice and styles of beer, which were different to the UK, opened his eyes. He believes that the underlying trend of craft breweries in the country is driving Ballard’s growth.

“Ballard is a great location for breweries to open,” he said. “The water is amazing in Western Washington for brewing, we’re close to the cast hop fields of Eastern Washington and there’s a vibrant demand for craft ales.”

Robbings is looking forward to bringing different beers to the area. “There’s a lot of camaraderie in the brewing community,” he added. “I’m excited to be part of that.” (Disclosure: Hilliard’s Beer is a sponsor of MyBallard.)