The long-awaited opening of Ballard Coffee Works is now here, as the coffee shop opened its doors for a soft opening this week. Owner Sebastian Simsch says there are still changes to be made, but that they’re open for coffee until their grand opening on Sunday, March 25. 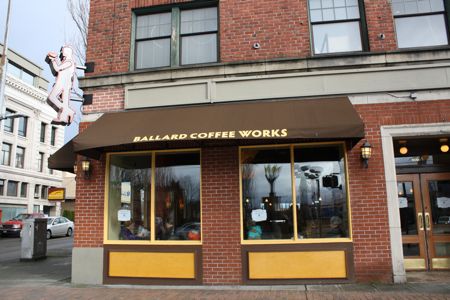 Ballard Coffee Works has filled the spot of the the former Tully’s which closed last August. Simsch, who also owns Seattle Coffee Works in Pike Place Market, says he’s been eyeing the location for years. He pounced on it last August when he discovered its impending vacancy. 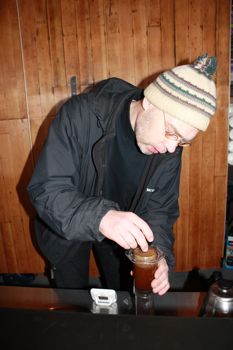 Simsch is a coffee fanatic. He walked me through the new store, pausing at what he calls the “slow bar,” where baristas will slow-brew coffee using French presses, vacuum pots, and Chemex coffee makers. Using what’s called an “air press,” he makes me a shot of their own roasted Bali blend. “It’s naturally sweet and fruity, you won’t even need sugar,” explains Simsch.

“We’re not just occupying any real estate, we’re here for the people of Ballard,” said Simsch. The new shop also offers a tasting/meeting room, where groups can gather to talk business or play board games. Directly to the right after entering the front door is a kids’ area, complete with a soon-to-be-filled toy closet. 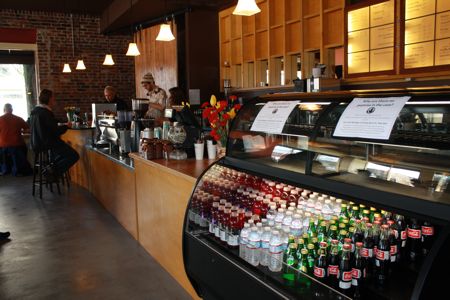 Ballard Coffee Works will also feature local beers on tap. The first two they’ll offer will be Hilliards and NW Peak Brewery. They’ll also offer bottled beer, and eventually some Washington wines. Simsch says they’ll have an assortment of sandwiches and pastries, and waffles on the weekends. 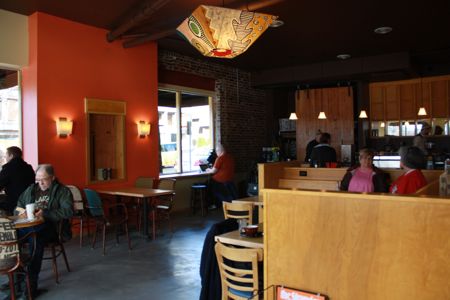 The new shop has higher ceilings and feels more open than its previous incarnation. The fireplace is missing, but Simsch said that’s because he got feedback that the fire made the shop much too hot. In its place is a newspaper nook, complete with a wooden reading clamp for the day’s paper. 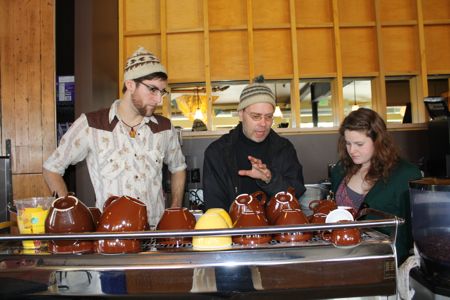 While the doors are technically open for business, Simsch stresses that this is just a soft opening, and there’s still a lot of work to be done. For instance, the meeting room is still blocked off with a cone, and the kids’ area is mostly concrete with just one table. 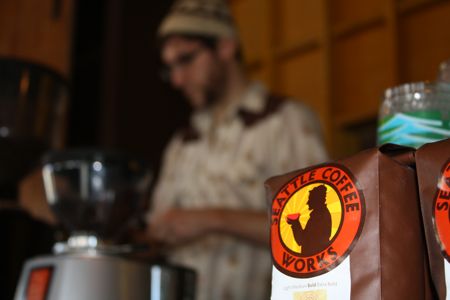 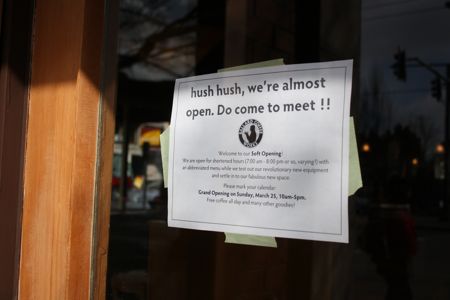