After three months of eating healthier and working out regularly, Ballard resident James Castell has clutched the victory in this year’s Edge Ballard Fitness Fest. Castell dropped 35 lbs. and 6% body fat in the challenge, which he says he won with consistency and the help of his wife and fitness challenge partner, Sarah Castell, who won an honorable mention in the competition. 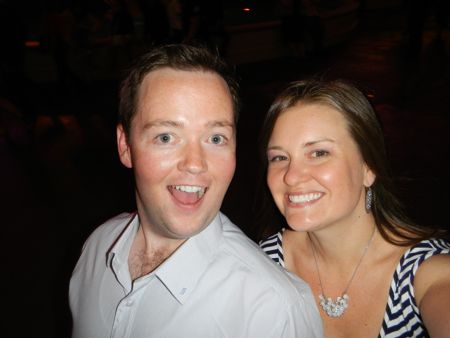 After the Castells finished the challenge

Castell says he chose to join the challenge because he and his wife have a trip to Europe planned for this summer. “We both wanted to get into great shape to manage all of the walking and biking we plan to do,” Castell said. “The challenge coincided perfectly to give us that accountability.”

He says after getting married last summer, he and his wife were “letting loose” too often, ignoring their fitness goals. Castell says the spirit of the competition really helped him stay on track. “…I’ve always said that if it was a competition, I could really put my head down and make some great changes.” 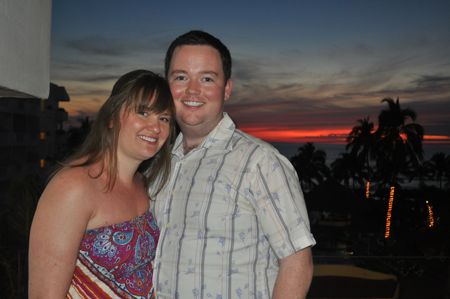 The Castells, before the weight-loss challenge

In order to stay on track, the Castells went to the gym three to five times a week and ate as healthy as possible. Castell says he ate smaller portions and more natural foods, avoiding processed foods if possible. He also took his exercising outside, running his first 5K for the St. Patty’s Day Dash and riding 50 miles in the Wenatchee Apple Century Ride. “These were great accomplishments and tons of fun,” he says. “Many thanks to my wife Sarah, otherwise I would’ve just been glued to the elliptical the entire 90 days!”

When asked for his advice for others trying to lose weight, Castell says nobody’s perfect, and that, “you have to live life at the same time as working on your health. If you slip up and have pizza and beer one night out with your friends, get right back on the horse the next day and work out and eat healthy.” He says in the past, he’s found it easy to let one bad meal “snowball into a week of eating poorly and skipping the gym.”

As the grand prize winner, Castell takes home a $250 gift certificate to a Ballard business of his choice. He says the weight loss is more important than the prize money, however. “Winning the competition and being healthier, and changing my body composition,” was the real takeaway for Castell.

Castell says doing the challenge with his wife helped enormously. “This, to me, was a competition, and it was about far more than the prize,” he explained. “It was about getting healthier and doing something together with Sarah. Without Sarah to help keep me accountable to exercising, I could have easily thrown in the towel.”