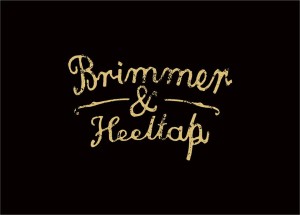 According to Seattle Met’s NOSH Pit blog, Jen Doak, owner of Ballard’s anticipated new eatery Brimmer and Heeltap (425 NW Market St), is on the lookout for pennies to put the final touches to the decoration of the establishment. We initially covered the sneak peak of the new gastropub (that is moving into the former Le Gourmand space) back in August.

According to NOSH Pit, Jen Doak and Mike Whisenhunt are teaming up to create the new pub/bistro which will feature wine and beer in combination with delicious food with an international flare. Both are long time members of the Seattle food and drink scene. Doak has been involved in the wine community for many years and Whisenhunt has been a longtime presence in the kitchens of Rachel Yang and Seif Chirchi. 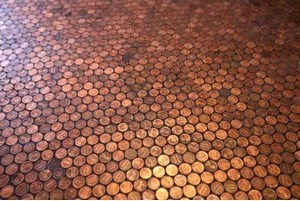 Where do the pennies come in you may ask? Never fear they are not some form of slow fundraising. Doak is collecting the coins with a plan to tile the back space and front waiting area with pennies (design idea pictured). According to NOSH Pit, this has been a longtime dream of Doak’s which fuses together a Pinterest idea with a way to pay tribute to those who helped her realise her dream.

The official penny drive for the pub has now begun with the aim of increasing the 78,095 Doak already has by 100,000. If you would like your pretty penny/pennies to be permanently immortalized at Brimmer & Heeltap simply look for a collection bucket under the front door at 425 NW Market St. If you have a group that would like to make a bulk donation contact Doak through the gastropub’s Facebook page and she will arrange a pick up. When making your donation you are invited to leave a note about who you are and contact information for a personal thank you.

Doak and Whisenhunt are currently putting the Brimmer and Heeltap team together and plan to open in December.