This morning a small crowd gathered on the dock at Fishermen’s Wharf to watch the parade of Historic Fishing Vessels make their way under Ballard Bridge towards South Lake Union. The parade featured ten of Seattle’s historic wooden fishing schooners, some of which are more than 100 years old.

Amongst the crowd was long time Ballard resident Christine Olsen Reis, whose father and brothers have owned the St John II (pictured on the far left in the parade below) for about 30 years. By her side were fellow family members Lauren Reis and Laurie Olsen who were there to witness the historic parade. 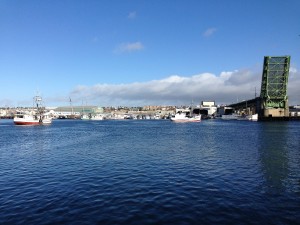 The St John II was built in 1942 and spent most of its time with the Olsen Reis family fishing in the Gulf of Alaska and the Bering Sea.

Olsen Reis fondly remembers her time working on St John II and says that “being out on the water in beautiful places, catching lots of fish and being with family,” was her favorite part about the experience.

“The fourth generation is now starting to be on the boats and run the boats and they are all in their twenties. St John II will definitely stay in the family along with the other boats we own,” says Olsen Reis. 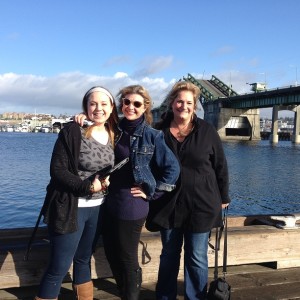 The parade, which made it way to South Lake Union, is part of a new exhibit at The Center for Wooden Boats about the boats and the people who still utilize the vessels to journey to the North Pacific, bringing back fish for not only Seattle but the rest of the United States.

The boats have docked at the wharves near CWB where this Saturday, February 15, a new exhibit is set to open that honors the 100th anniversary of the Fishing Vessel Owners’ Association and tells the story of the historic wooden halibut schooners.