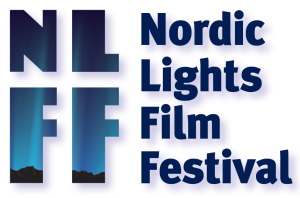 The Nordic Heritage Museum is bringing more than a dozen Nordic films to Seattle in January as part of the Nordic Lights Film Festival.

This is the 6th annual film festival, and will include feature-length films, documentaries, and short films from Denmark, Finland, Iceland, Norway and Sweden.

The festival will run from Thursday, January 15, through Sunday, January 18, at the SIFF Film Center at Seattle Center. The festival will kick off with a reception at SIFF beginning at 6 p.m., hosted by SWEA (Swedish Women’s Educational Association), followed by a  7 p.m. screening of The Optimists/Optimistene.

The Optimists is a Norwegian documentary that follows an extraordinary volleyball team in Hamar town, consisting of ladies between 66 and 98 years of age. The film’s director Gunhild Westhagen Magnor and cast member Anne-Grethe Westhagen will be attending the screening and the opening reception.

A variety of Nordic films will be shown throughout the festival including Danish thriller The Shooter/Skytten, Icelandic drama Metalhead/Malmhau and family-film Ragnarok. Click here to check out the full list of films set to be screened during the Festival.