A natural gas explosion tore through several buildings and injured nine firefighters in the early morning hours in central Greenwood. None of the injuries are serious. 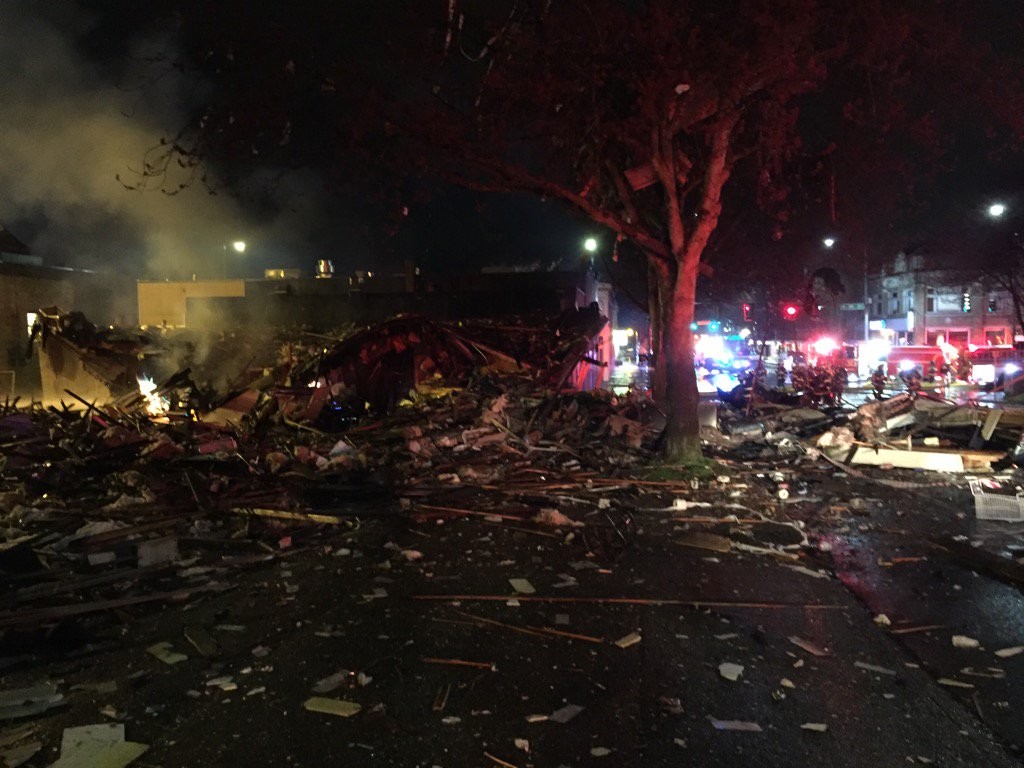 At least one large commercial building is leveled — it appears Neptune Cafe and Mr. Gyros took the brunt of the explosion — and many others in the vicinity have sustained significant damage. Our partner site PhinneyWood is covering the story here. 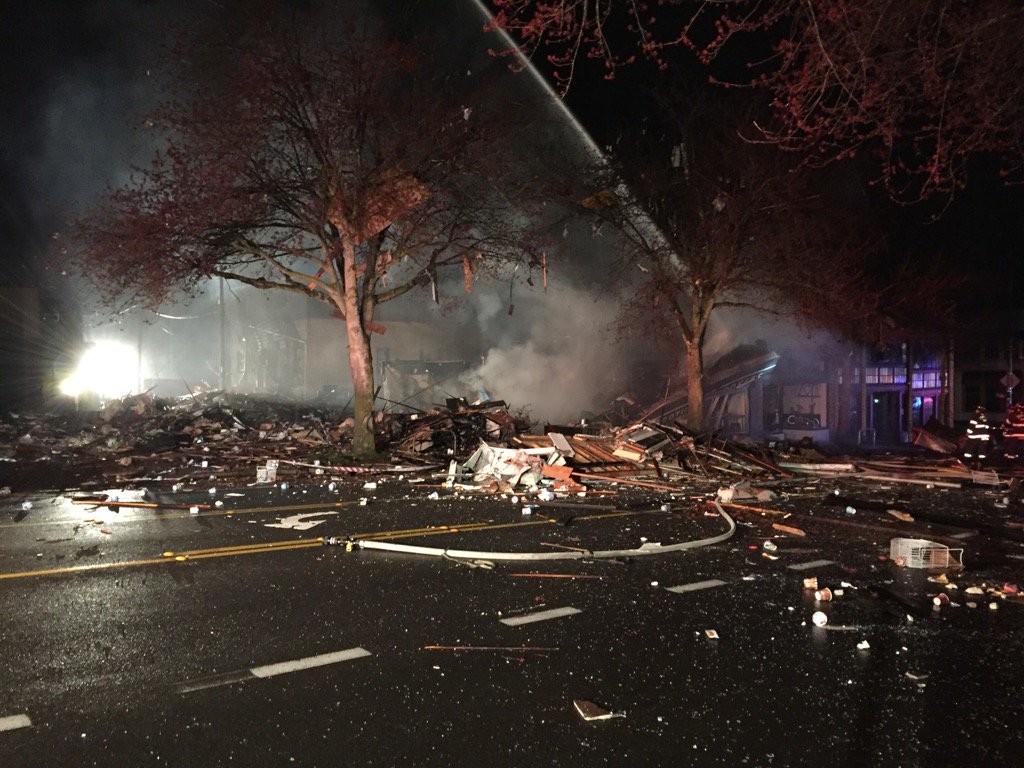 If you’re planning on driving that way, Greenwood Ave. is closed between 83rd and 87th Streets, and 85th St. is closed between 1st. Ave. and Dayton Ave. A large contingent of firefighters is still on scene, and it doesn’t appear these roads will open anytime soon. 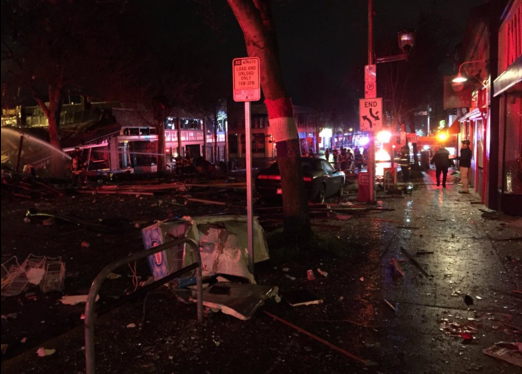 Head over to PhinneyWood.com for more coverage, and BreakingNews.com has been posting photos and updates. (Photos from the Seattle Fire Department).