According to a KING 5 News report, the Ballard High School concert choir is performing at New York City’s prestigious Carnegie Hall on March 17 and 18.

Ballard was one of 15 choirs chosen throughout the country. According to the report, the choir will perform this year and the wind ensemble has been invited to perform in 2017. 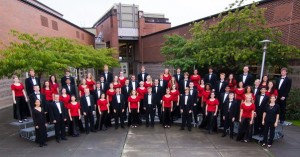 “This is the first time that we’ve taken kids to Carnegie,” Courtney Rowley, the school’s director of choirs, told KING 5 News.

“Hopefully other schools can look at this and say, ‘Oh, wow. Ballard’s been invited to Carnegie. Two of their groups,’” Michael James, the school’s director of bands, told KING 5. “We’re kind of the new kids on the block. We’re just doing our own thing.”

Congratulations to all involved!