Parfait, which closed from flood damage in early August, has plans to reopen on Friday, September 15. The popular ice cream shop and the restaurant next door, Skillet Diner, have been shut for over a month after a pipe burst upstairs in the Greenfire Campus building. 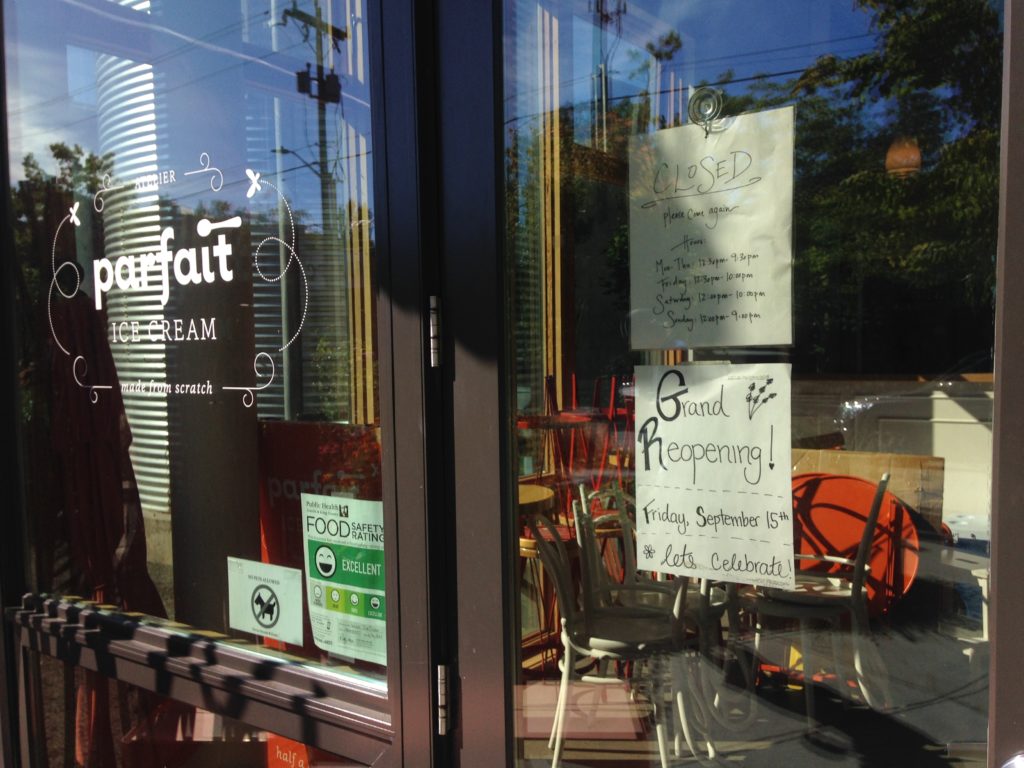 Signs on the door of Skillet didn’t indicate when they’d be open. There were two workers with several fans and drying machines outside the Greenfire building on Monday afternoon, and they said that a second burst pipe just a few days ago, this time in the diner, caused further damage.

We’ll update when we know Skillet’s plan to reopen. In the meantime, stop by Parfait on Friday to celebrate their reopening.