After a century in business, Crown Hill Hardware is closing – My Ballard Skip to main content

One of Seattle’s oldest small businesses, Crown Hill Hardware on 15th Ave. NW is closing at the end of the month. 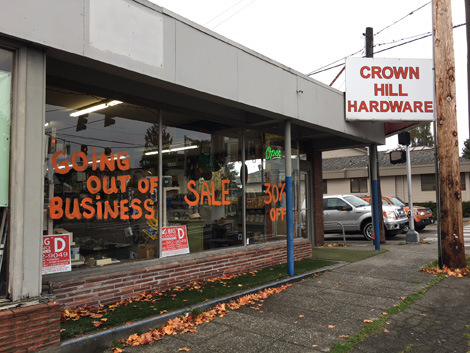 Palmer says his mom passed away a week ago, which triggered a requirement to sell the property, which is in a trust along with several other families. He said he expects there will be lots of bids, and he can’t afford to buy it himself. 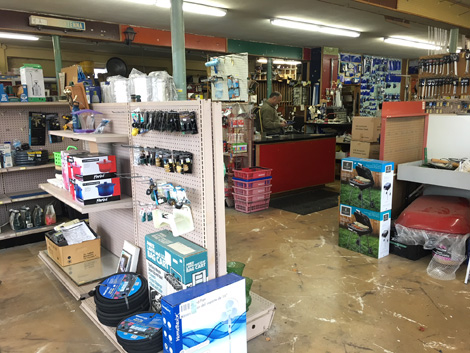 Crown Hill Hardware first opened for business on 85th St. more than century ago, moving to its current location in the mid 1950s, Palmer said. His dad bought the store in 1976, and Palmer bought the business from his father in 2000.

“I’ve seen it change so much through the years. Small businesses just aren’t supported very much anymore,” he said. 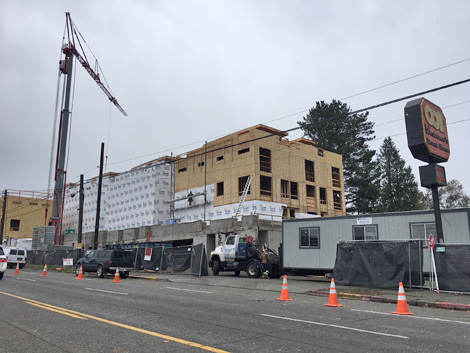 The store has been a Crown Hill institution for decades, but Palmer said business dropped during the last recession and never really recovered. “I’m doing more business now that I’m closing than when I’ve been open,” he joked to a regular customer.

“Sad to see you go,” the customer said. 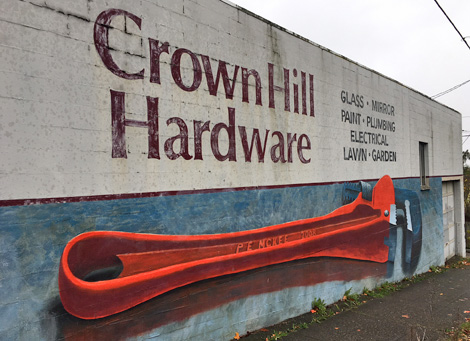 Crown Hill Hardware will be open until the end of the month, and prices are marked down 30%.

“It was a good ride,” Palmer said.

(Thank you Amber for the tip.)

47 thoughts to “After a century in business, Crown Hill Hardware is closing”