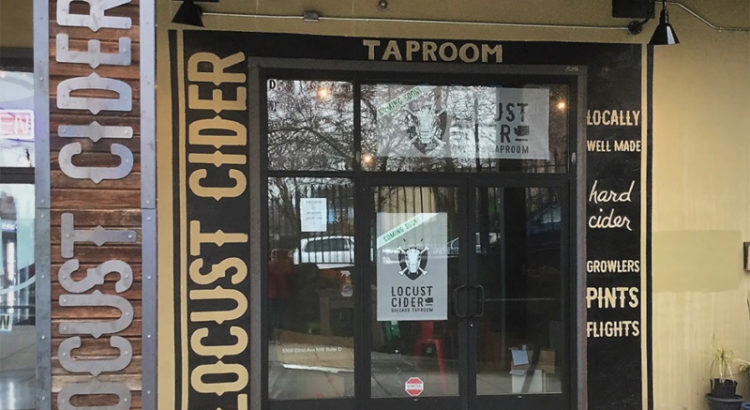 Earlier: As soon as the liquor license is approved, Woodinville’s Locust Cider is opening a taproom in Old Ballard on 22nd and Shilshole, in the old Kickin’ Boots building.

It features 12 cider taps with favorites like dark cherry, vanilla and honey pear, as well as seasonals and specials, like cilantro jalapeno. The taproom will offer outdoor seating on nice days. Founded in 2015 by brothers Jason and Patrick Spears, Locust Cider is “cider without the sour bite,” made from Washington apples and other local ingredients. Sales have been strong enough to expand distribution beyond the Northwest, and Locust Cider is even planning to open a second production facility and taproom in Fort Worth, TX in April.

But it’s not all about the cider for Jason Spears, whose 2-year-old daughter has Hydrocephalus, a rare condition that’s treated with brain surgeries — 4 surgeries so far, with more on the way. A portion of the proceeds for all Locust cans and bottles as well as the cider club are donated to the Hydrocephalus Association.

Thank you so much

Need Money now? Apply for an online payday loan and if approved, get cash the next business day. This is the most ever easiest way to Get Online money without any paper work or too many documentation like banking service. So Guys follow https://paydayloansonlineusa.net/alternatives my words here and get ready and prepared for any emergency personal loan and get quick result. Thanks to this post and tutorial.