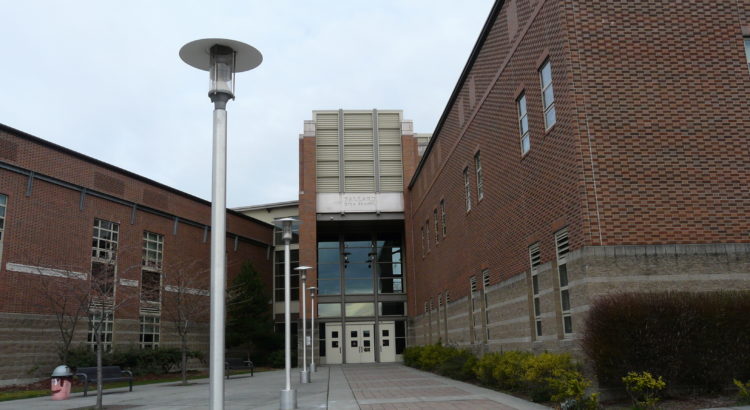 Updated: The lawyer and Magnolia parent featured in the KING 5 story, Margaret Cerrato-Blue, contacted us and said her comment about possible legal action was referring to the grandfathering rules, not the boundaries themselves.

“My statement was one had I made to my son, and what I meant by it was that if they force him and his senior class to leave BHS, we will do all we can to keep him there, even if it means going to court,” she wrote in an email.

James Wagar, who represents the Magnolia group lobbying for Ballard High School, said he invites parents of students living between 80th and 85th “to consider working with us in Magnolia to jointly endorse map scenarios that work for both communities.”

This issue may be moot, however. The two remaining options — which are not yet final — keep Magnolia and the area between 80th and 85th inside the Ballard High boundary.

Earlier: Even though most scenarios keep Magnolia inside Ballard High School’s boundary — and shift some Ballard students out of it — a Magnolia lawyer and parent is taking no chances.

In a story that aired on KING 5 last night, Magnolia residents who have kids at Ballard High raised concerns about one scenario that would shift their neighborhood to the new Lincoln High School in Wallingford — a trek of an hour or more by metro bus.

One parent who is also an attorney, Margaret Cerrato-Blue told KING 5 that Magnolia parents have yet to receive any formal notification from the district, which she believes is a violation of due process.

“If we have to go to court, you will stay at Ballard because it’s the legal and right thing for them to do,” she said, referring to the grandfathering rules that could force her son to leave BHS (updated.)

The school district says it has been in constant contact with parents.

While Magnolia continues its push to stay in Ballard High — here’s their petition — some Ballard parents face the more likely possibility of seeing their kids moved out of the high school in their own neighborhood.

As we’ve reported, one scenario would draw the boundary at 80th St., moving those kids to Ingraham High up at Bitter Lake — which is also a long trek on a metro bus. Another scenario would move the Ballard neighborhood of West Woodland to Lincoln High — even kids who live a block away from Ballard High.

“When I pull out of my street and hang two turns, I can see the high school,” said Kurt Schlosser, who lives just north of 80th St., in a report on KING 5 earlier this week about Ballard parents. “My son will roll his bike out of the garage, pedal once and roll his way to Ballard High. There is nowhere else for him to go.”

Most agree that the boundary debacle stems from the city’s lack of a high school in either Magnolia or Queen Anne, two neighborhoods with a combined population of about 44,000 people. The omission is intensified by Seattle’s population growth and traffic woes.

“Just give them a school,” explained a Seattle Times editorial back in 2008. “This idea isn’t new. It just has been ignored.”

This is a critical point in the school district’s decision-making process. The task force is hard at work incorporating the latest round of feedback leading up to a Jan. 10th working session with the board. Then on January 17th, the board is expected to vote on the final boundary map.