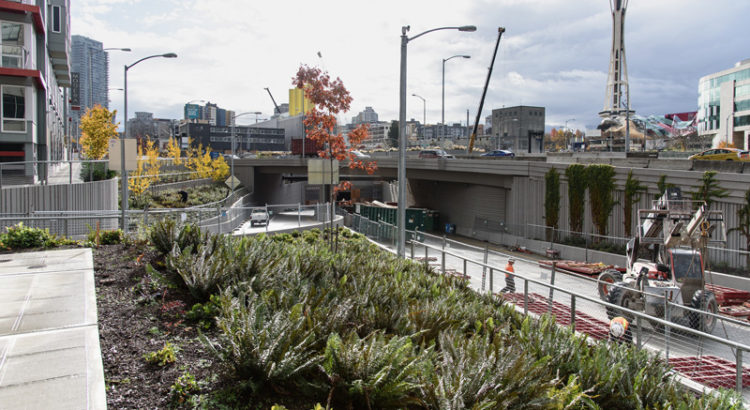 The Highway 99 tunnel through downtown Seattle may be running severely behind schedule, but it may open a little sooner than its late target date.

Considering an updated work schedule from Seattle Tunnel Partners, WSDOT says the Highway 99 tunnel could be finished by this fall instead of early next year. But it adds in the blog post, “a significant amount of work remains between now and tunnel opening” and “it’s too early to accurately predict a tunnel opening date.”

Crews are still working on the roadway and systems inside the tunnel, and then they’ll test “approximately 5,000 individual components and nearly 90 tunnel systems.” And Scarsella Bros. workers need to build the final connections between the existing highway and the tunnel.

Then the real fun begins. “When the tunnel is ready to open, SR 99 through downtown Seattle will be closed to traffic for approximately three weeks,” WSDOT said. It goes without saying that 99 is a major corridor to North Seattle, and those will be a painful 3 weeks.

Once the tunnel is open, crews will demolish the Viaduct — carefully.

You can track the construction progress on WSDOT’s website.

5 thoughts to “Highway 99 tunnel could open this fall”